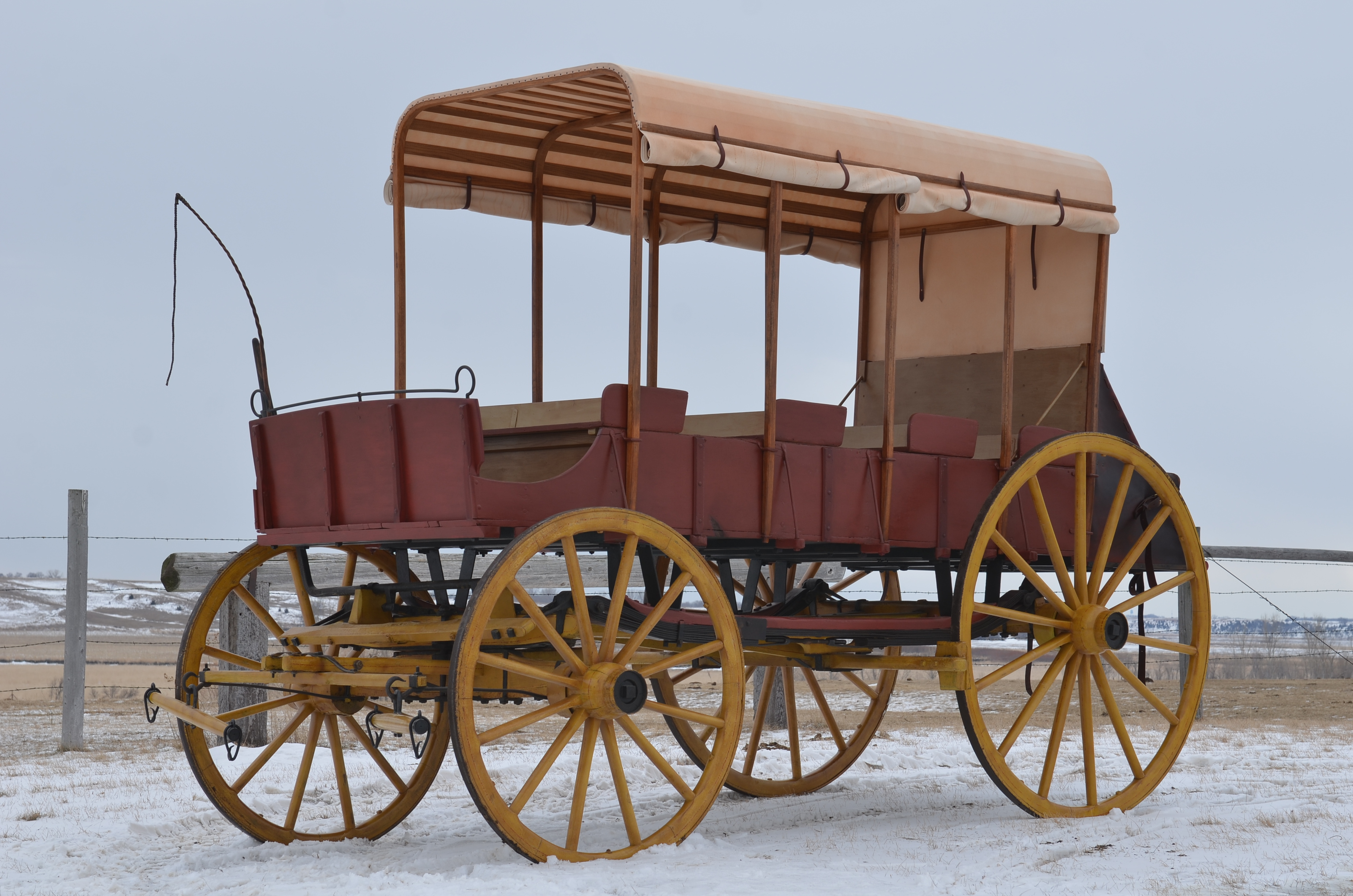 The group had done research into the significance of this particular horse-drawn vehicle design to the Tubac region.

Their interest was piqued after they found a diary by Phocian R. Way, detailing his 40-day journey from Cincinnati to Tubac in 1858. They provided us with Phocian Way's sketch of an 1858 Ambulance, which was used as the basis for replicating this rare piece. Along with thorough research which provided additional images and documentation of similar ambulances of that era, we were able to use the image provided as reference to reproduce an historic rendition of this vehicle. 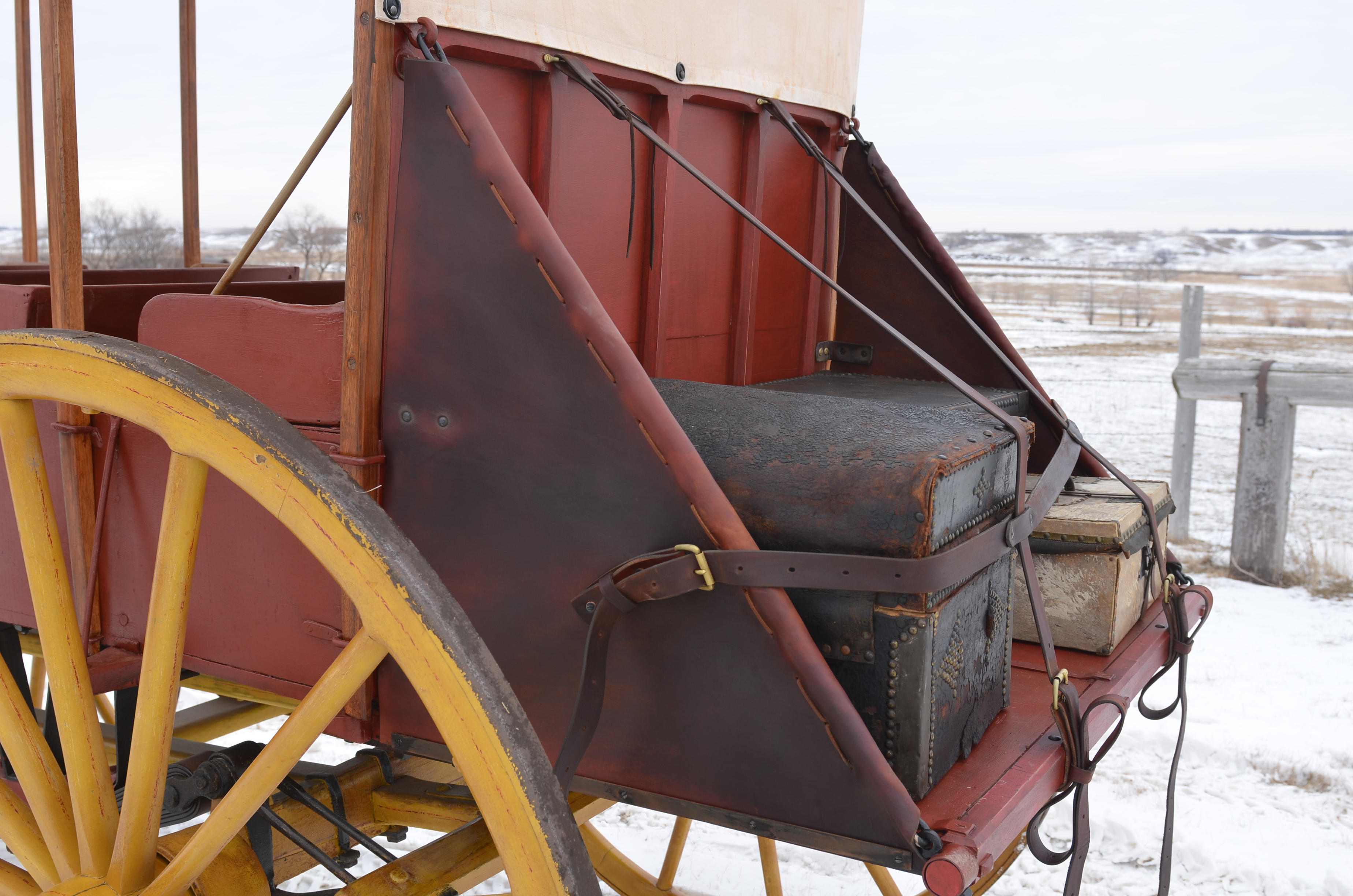 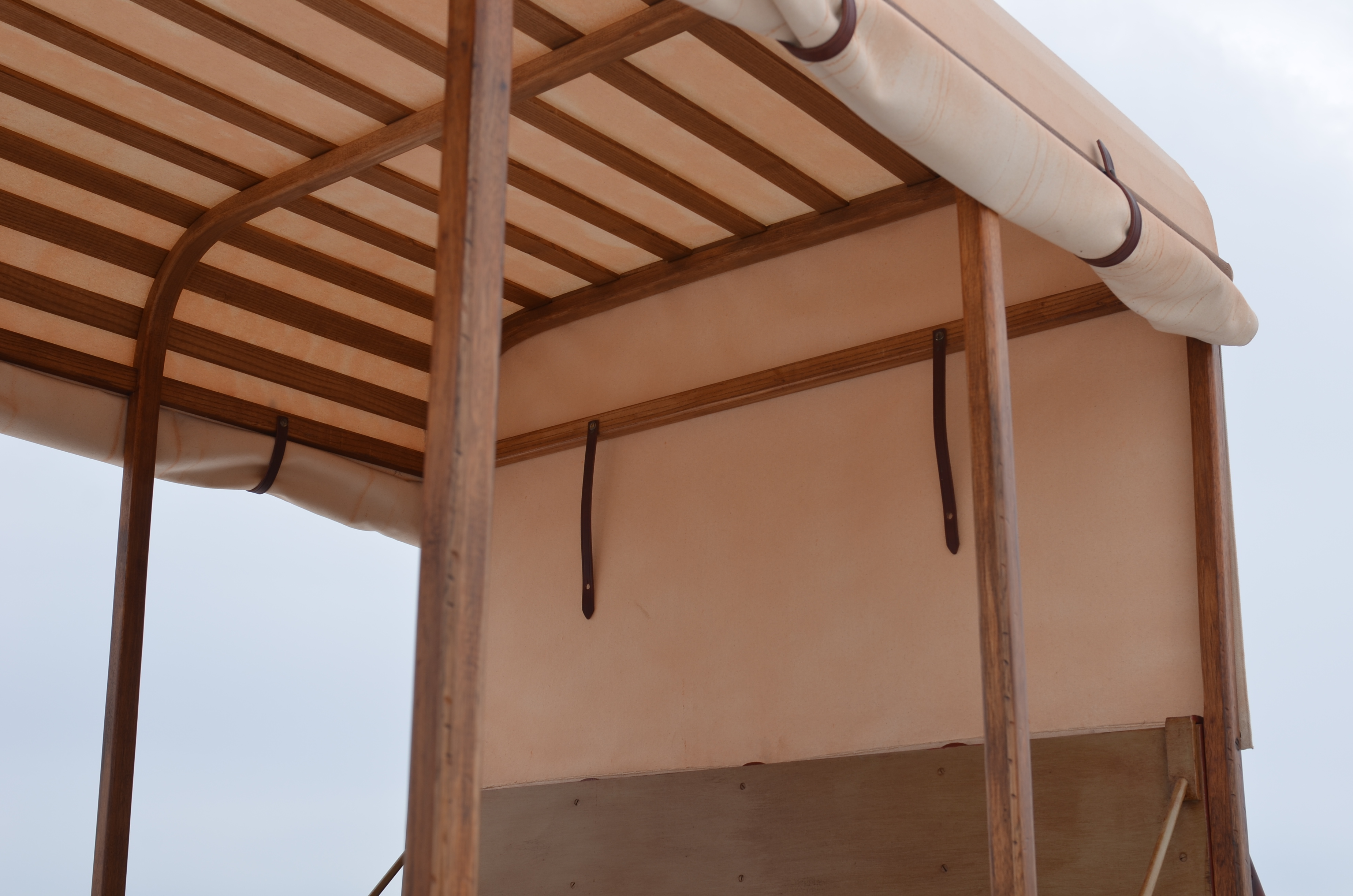 In keeping with the information gleaned, we started with an original Abbot-Downing Thoroughbrace Running Gear and added components such as exterior framing on the box, back boot, removable seats, and bow top with canvas cover and side curtains. Unlike ambulances of today, an antique ambulance was designed with multiple uses in mind. "We got into our coach, which is what they call here an Ambulance. It is a very neat modern concern, both strong and light." Excerpt from a diary of travels during the 1850's. 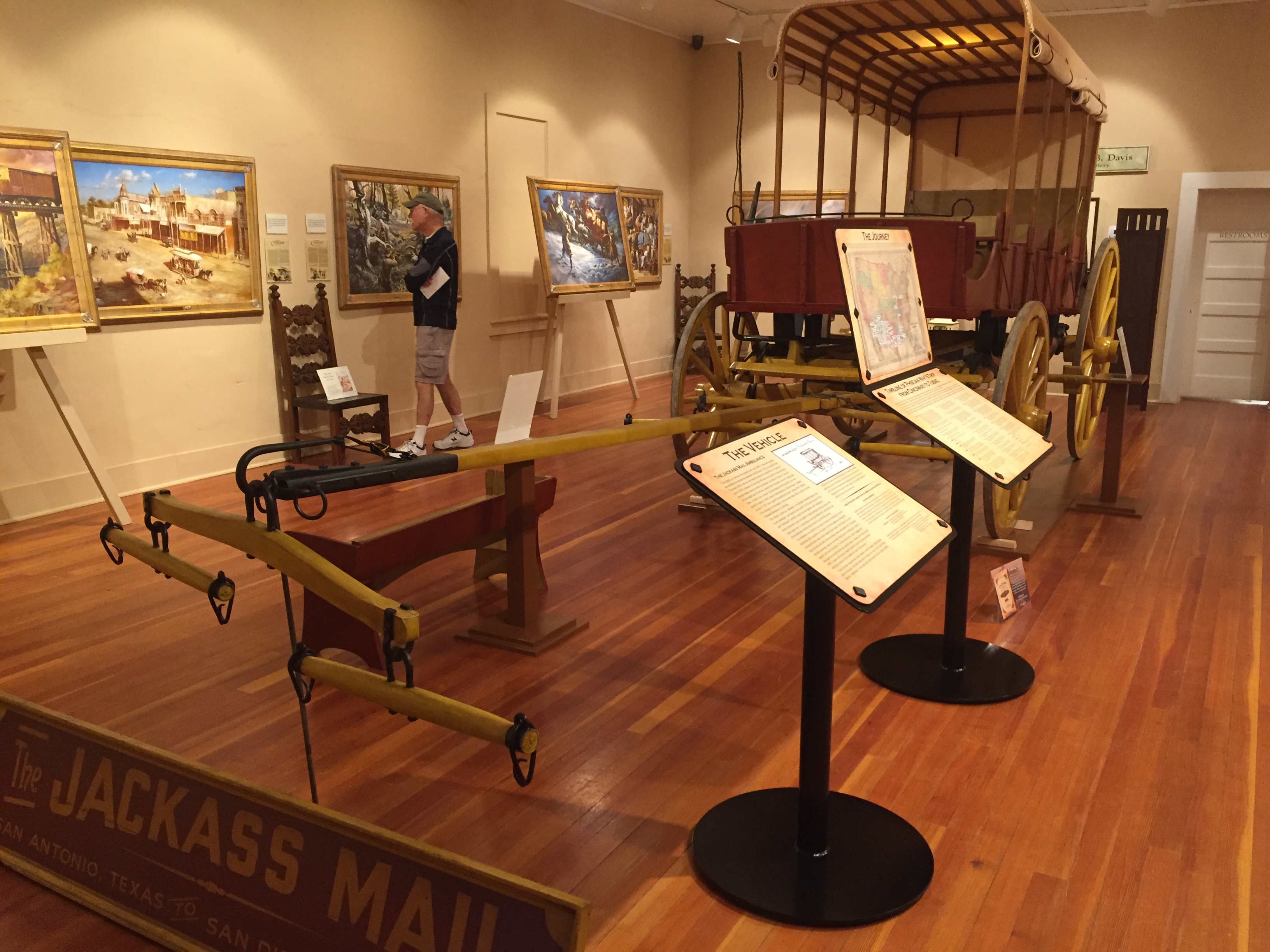 The unique vehicle is now on permanent display in its new home at the Tubac Presidio State Historic Park's Otero Hall. The park is Arizona's first State Park and serves to preserve the site of the oldest Spanish presidio (fort) in Arizona, and is one of only three remaining in the state.

Interested in exploring more ambulance related material we do offer these options on our website as well.