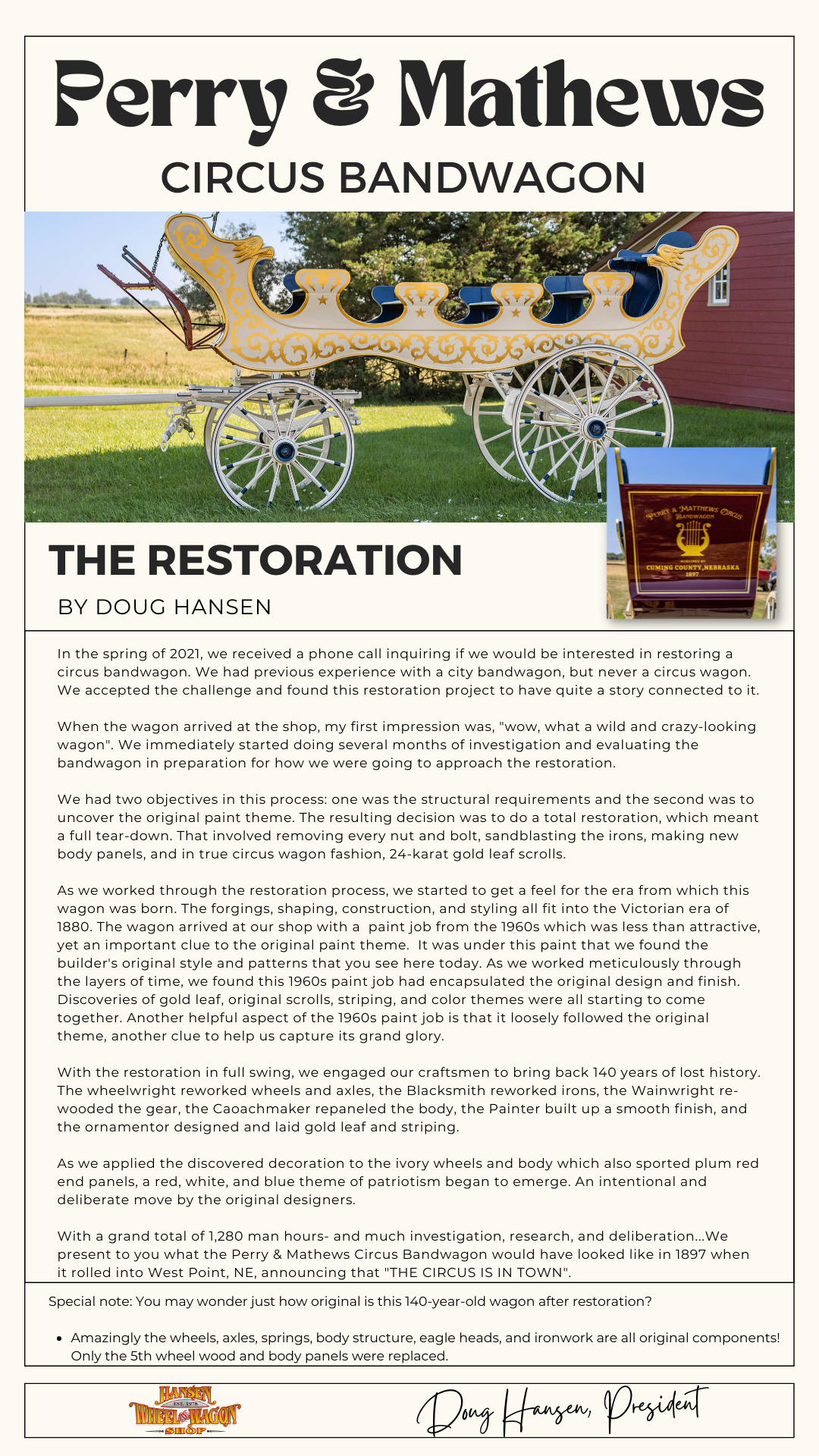 The following historical information you are about to read was provided by the Cuming County Fair Foundation. It was so nice of them to share this with us so we could in turn share the back story of this bandwagon with all of you.

You can learn more about them HERE or HERE

Let start at the beginning...this is a picture of how the bandwagon looked when it first arrived at Hansen Wheel & Wagon Shop! 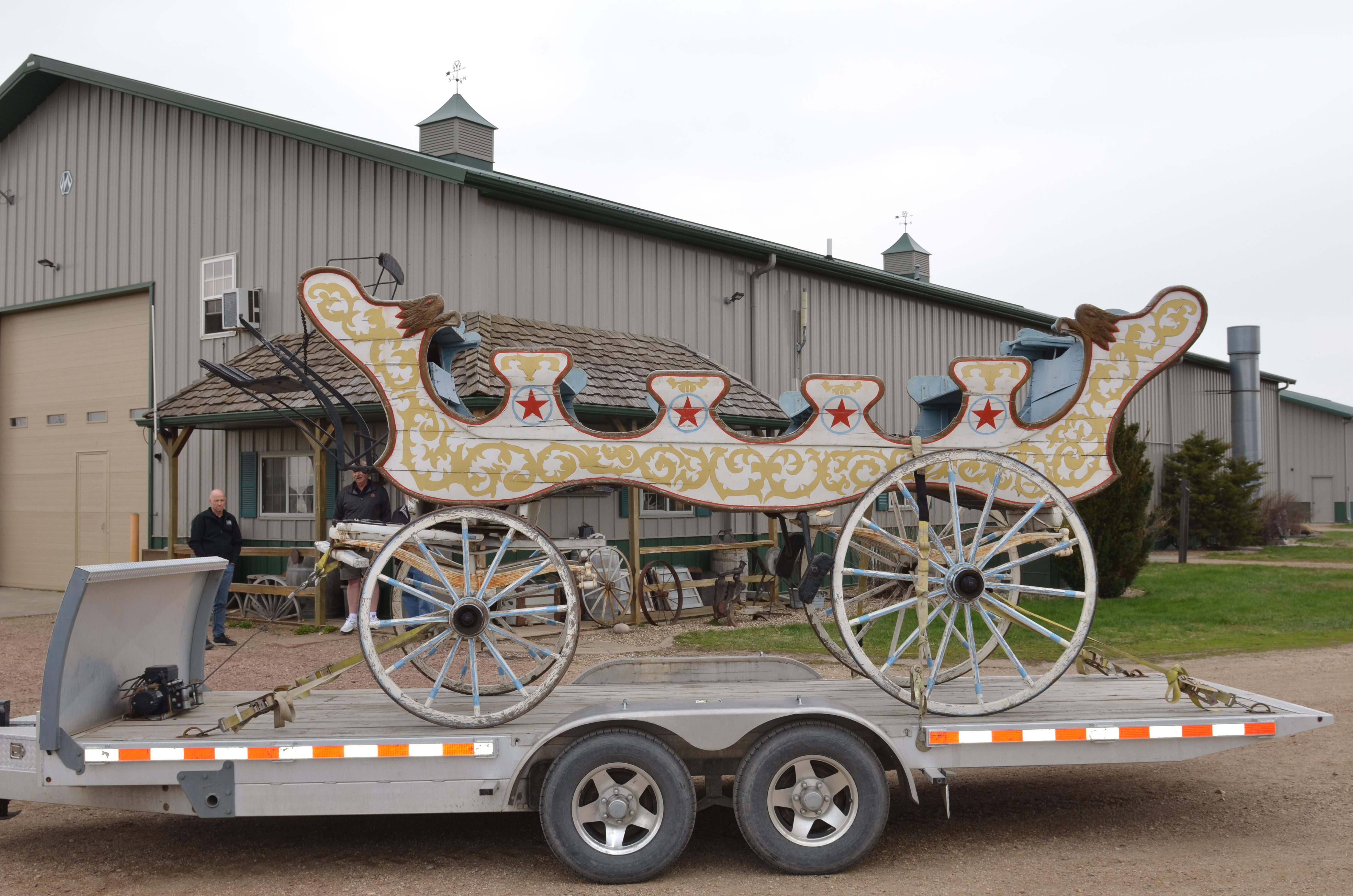 Perry & Matthew's Syndicate Circus, Museum and Menagerie Co. Will open on May 1, with eighty people, including performers, musicians, advance and working people: seventy head of horses, thirty cages and wagons; main tent. 90ft. round top with two 30's; menagerie tent, two horse tents, one cook tent. We board all working people on the lot, and the performers and musicians will board at hotels. We travel by wagon. All cages and wagons that go in the parade are white, trimmed in gold and bronze: all other wagons are painted with yellow gear and blue bodies. Our parade will be over three blocks long. We will have three advance brigades. All horses used in advance will be white and war bells: the main bill wagon will have four horses. This will be the first season of Perry & Matthew's Syndicate Shows. Prof. George Johnson has been training and preparing his troupe of twelve dogs. 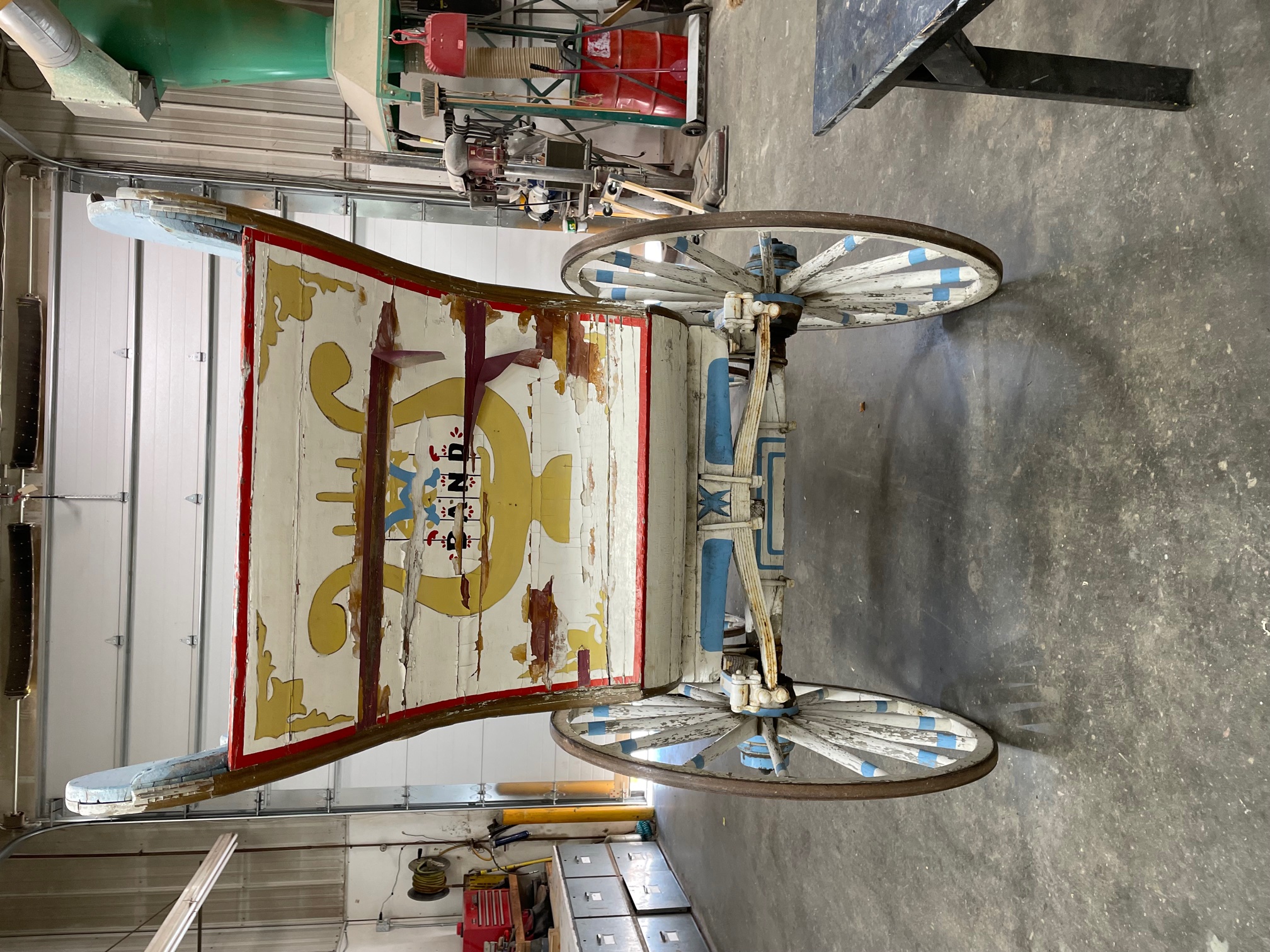 Perry & Matthews circus showed here last Wednesday to small audiences. The owners reported to be financially embarrassed and doubtless are laboring under great disadvantages. The show is a small one traveling overland, and the bad weather of late has worked against them. Considering its size the show is a fair one. The circus was stranded in this city being attached by mortgages from Fullerton, from which place the circus started last April on a capital of wind. In most of the upcountry towns, this outfit advertised an admission of 15 and 25 cents, and when the ticket wagon opened up, 50 cents was charged. in some places, the crowd turned and left the circus with empty seats. Nearly every paper from northeast Nebraska has spoken very unfavorably of this outfit. It seems that neither the musicians nor the performers have been paid for three weeks. Hotel bills were left unpaid in some towns, and parties who helped to transport the outfit were unable to get their pay. At Pender one-half of the band deserted the circus and went to Omaha, while at this place the entire crew of hands is left stranded. It is not known just what arrangement will be made as to the future of the circus. The tents are still standing up in the bottom, between the depot and town, and none can be moved until the labyrinth of legal difficulties is untangled. 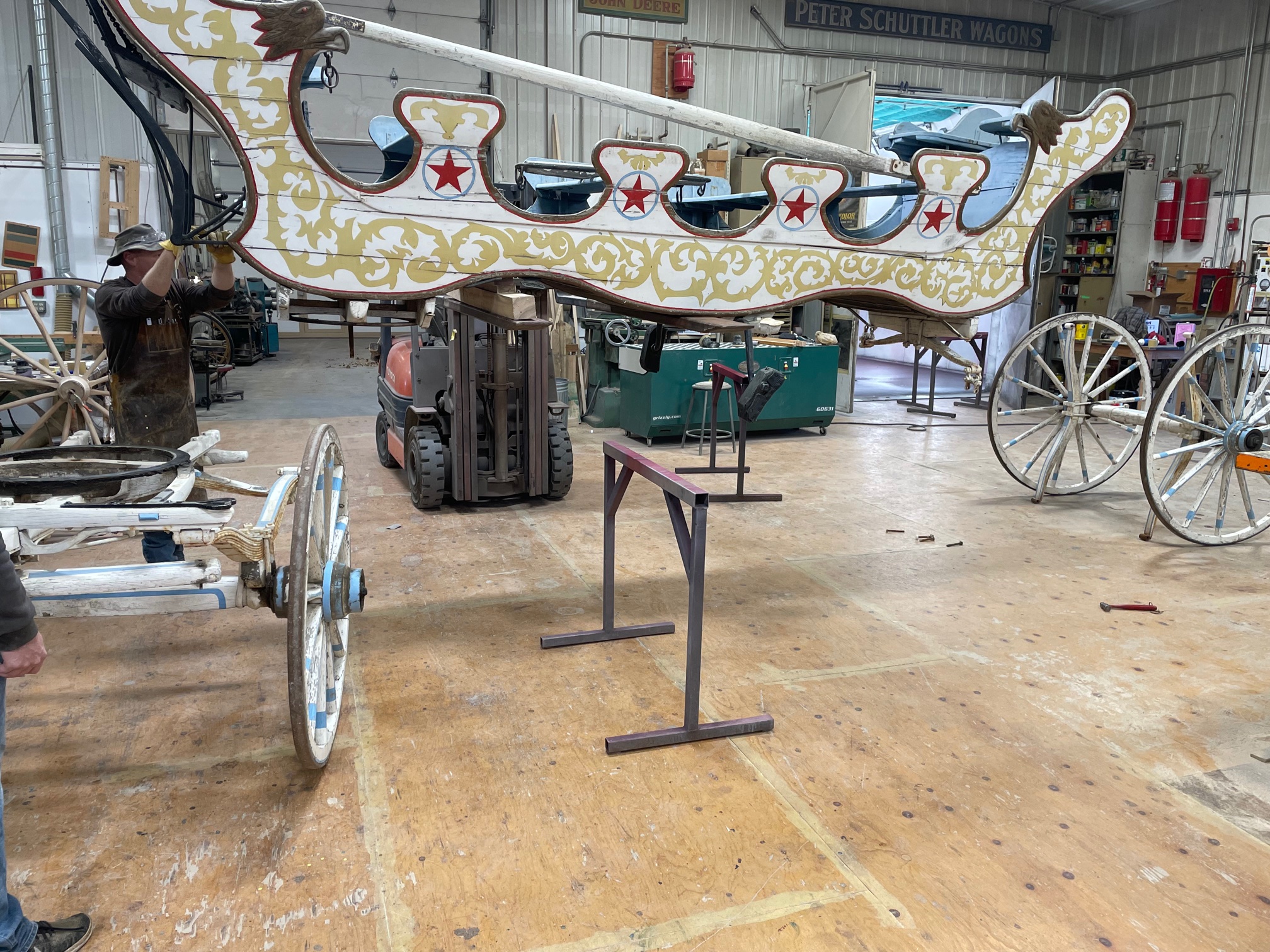 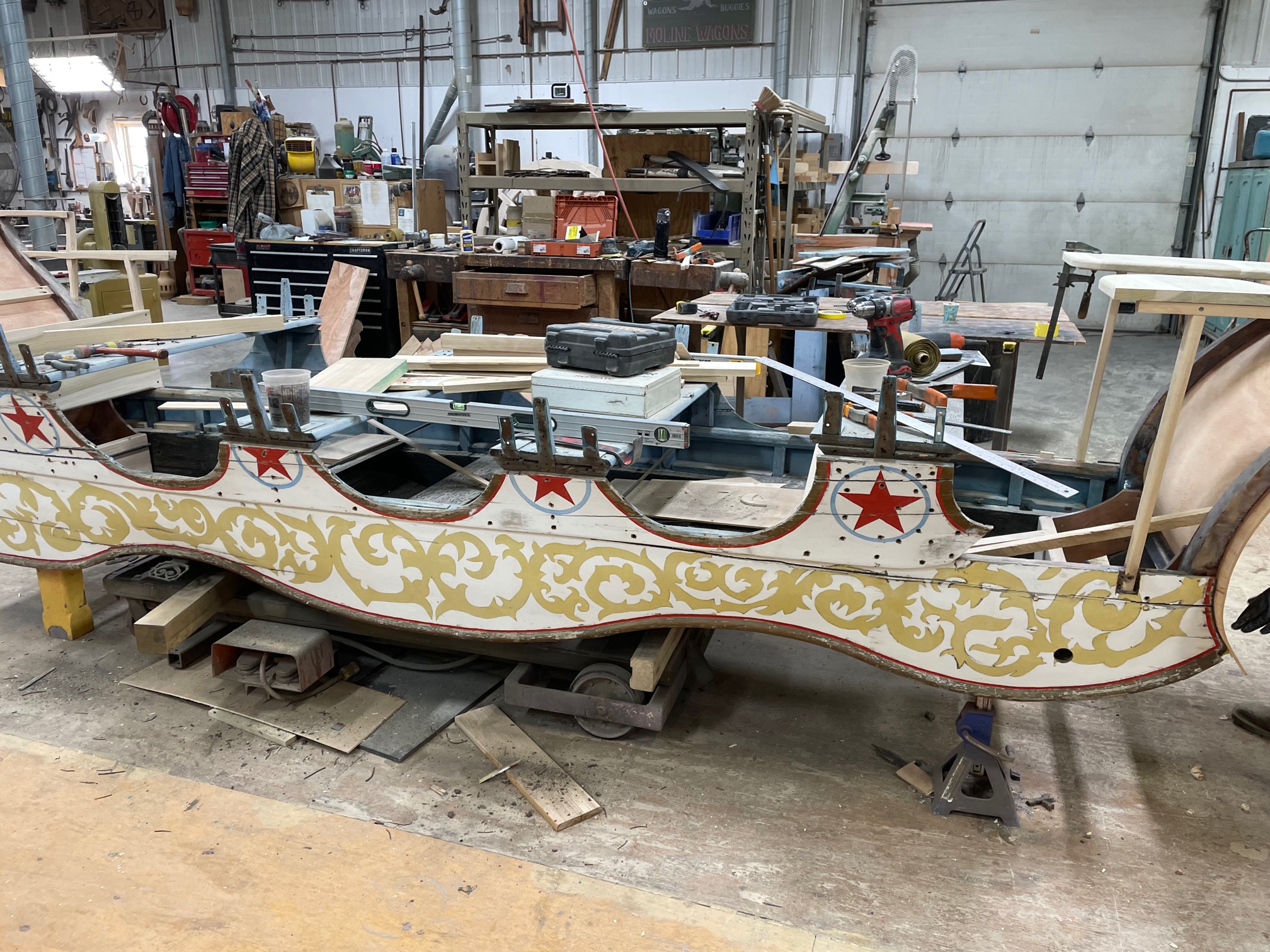 The exhibition of the Perry & Matthews circus menagerie and museum given there Tuesday was a ruin affair. The company did not get here from Pender early enough to give an afternoon entertainment but did succeed in making a parade of the streets. The management was unable to meet their bills the next morning, and it looked for some hours as if the outfit would be obliged to locate here. It was finally arranged that Henry Slaughter of the Blue Front Livery Barn and Landlord Lewis of the Wisner House should go with them to West Point and secure their claims from the first receipts at the ticket wagon. The bandwagon a somewhat gorgeous vehicle was left with the Slaughter Bros as security. Several teamsters deserted the show here and left for their homes at Norfolk, and O. E. Griffin hauled one of their wagons to West Point with his team. The advance agent is said to have run out of bills at West Point and consequently made no dates beyond that place, where the company is taking a rest and making an effort to replenish the reserve fund. 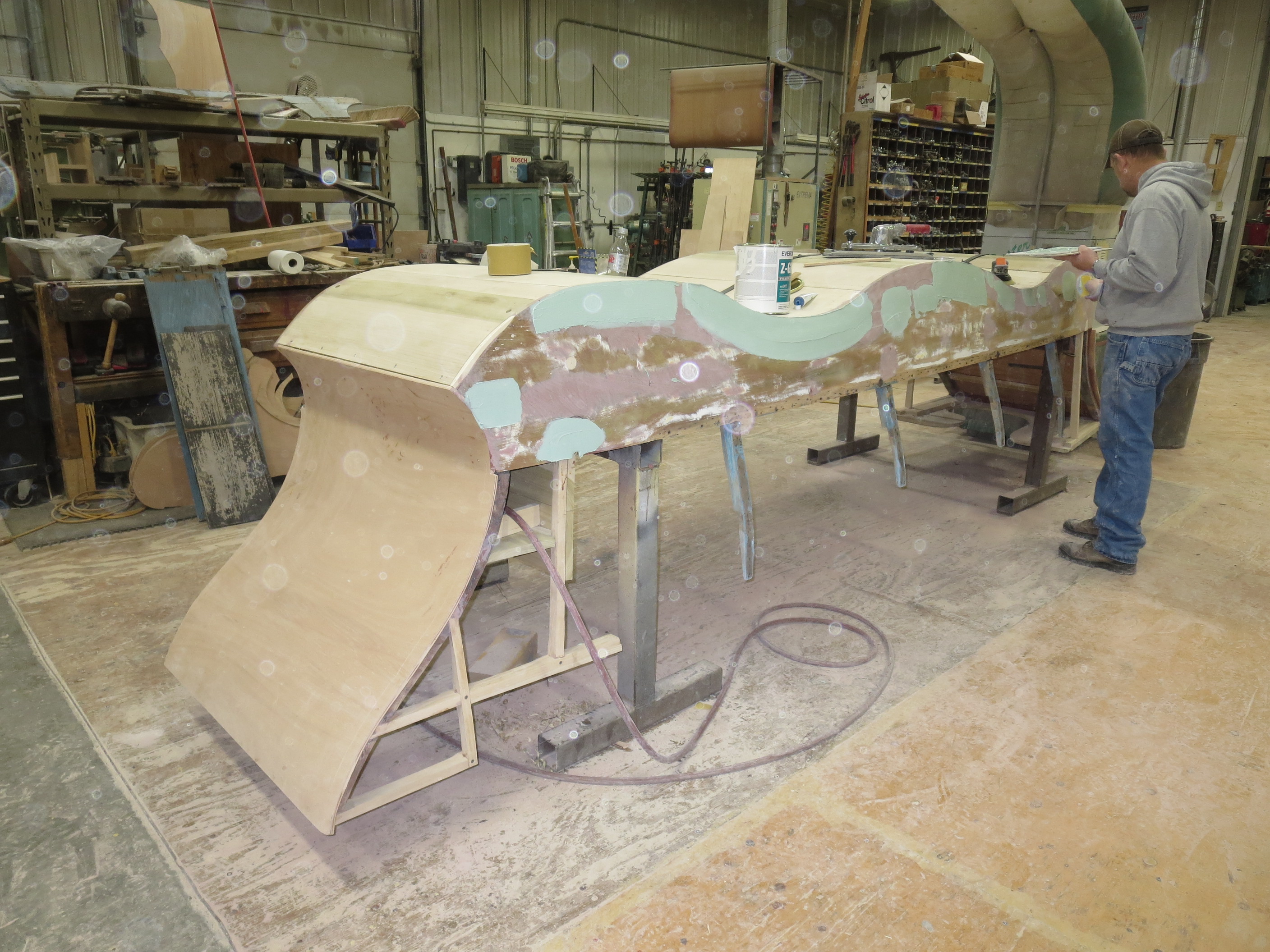 The Perry & Mathews Circus is still lying here stranded. Most of the laboring element has departed, but there are still quite a number of hands awaiting their pay, and developments, neither of which are materializing at a rapid rate. Fremont Tribune: June 11, 1897 Perry & Mathews Syndicate Circus Museum and menagerie company came to grief at West Point Wednesday. It has been playing to hard luck and when it struck that town it found that the citizens had blown their money for a prize fight a few evenings before and had no circulating medium for the circus. It is hopelessly stranded. 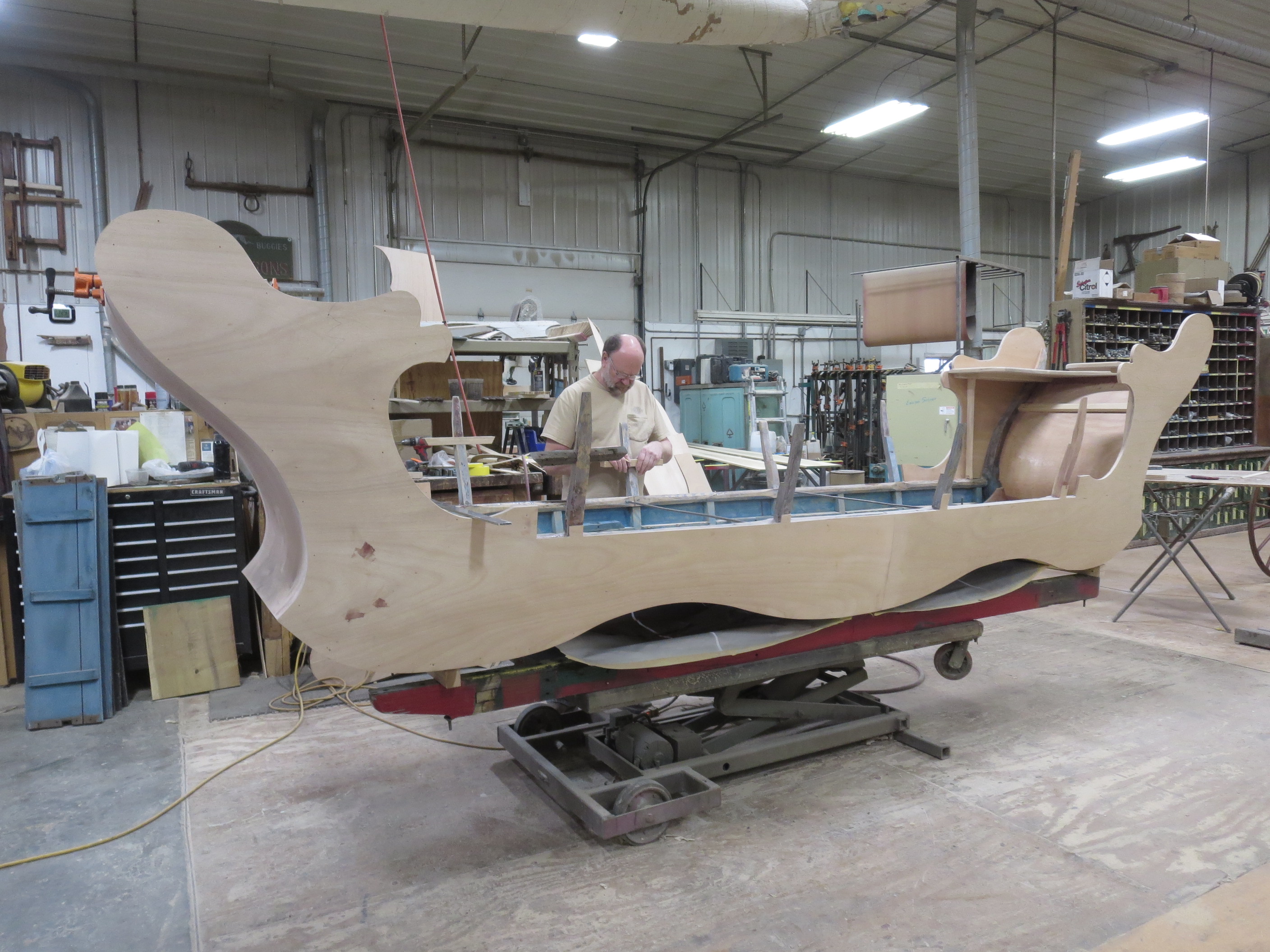 The cadet band has purchased the bandwagon from the defunct circus people. The wagon was left up in Wisner and is said to be a gorgeous affair. 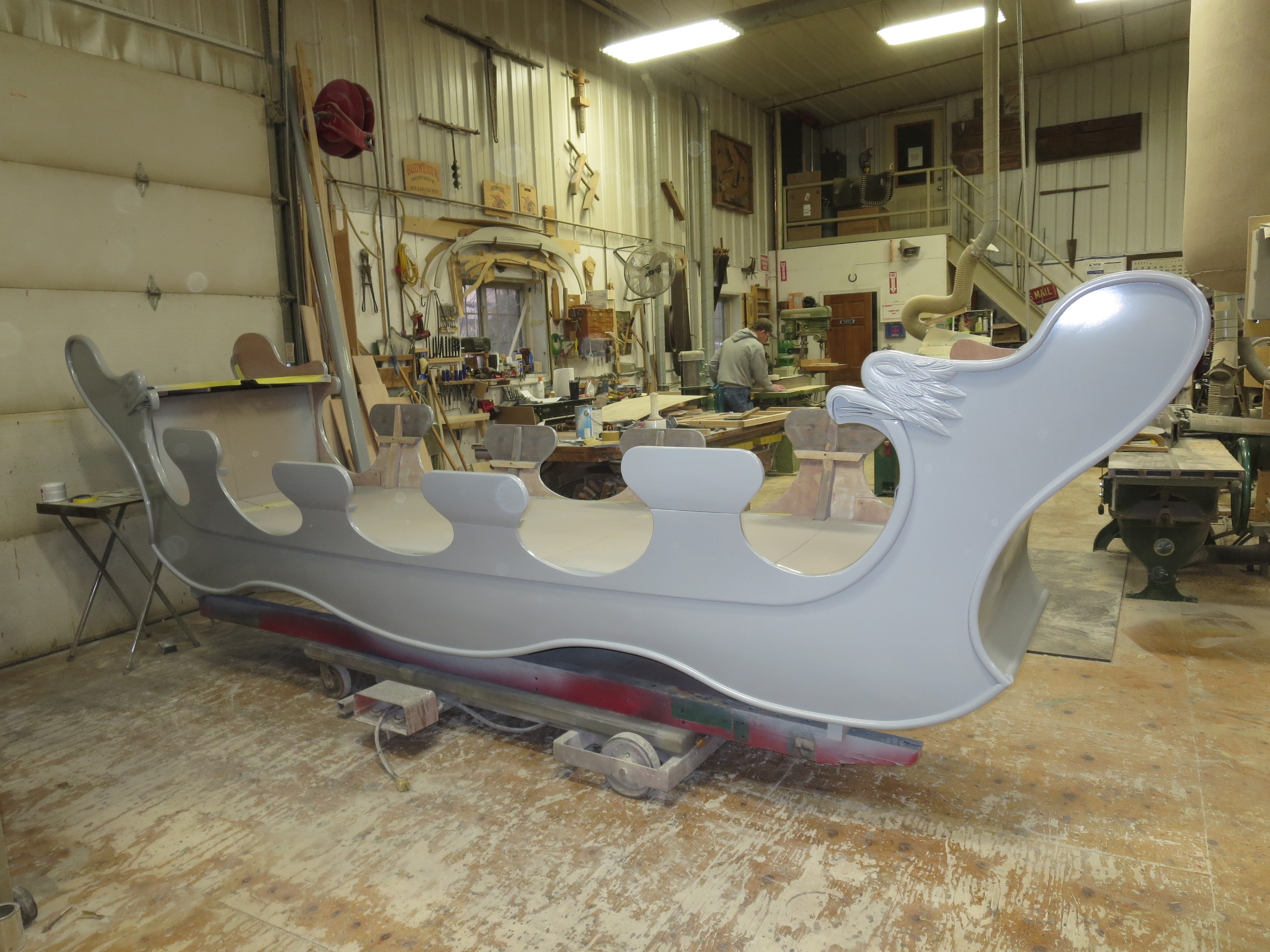 The following named members of the West Point band were in Wisner Sunday to look at the bandwagon left here by the Perry & Mathews show company, which they bought: Leo Meier, Rudolph Brazda, John Baumann, Leonard Malchow, and Robert Kerkow. 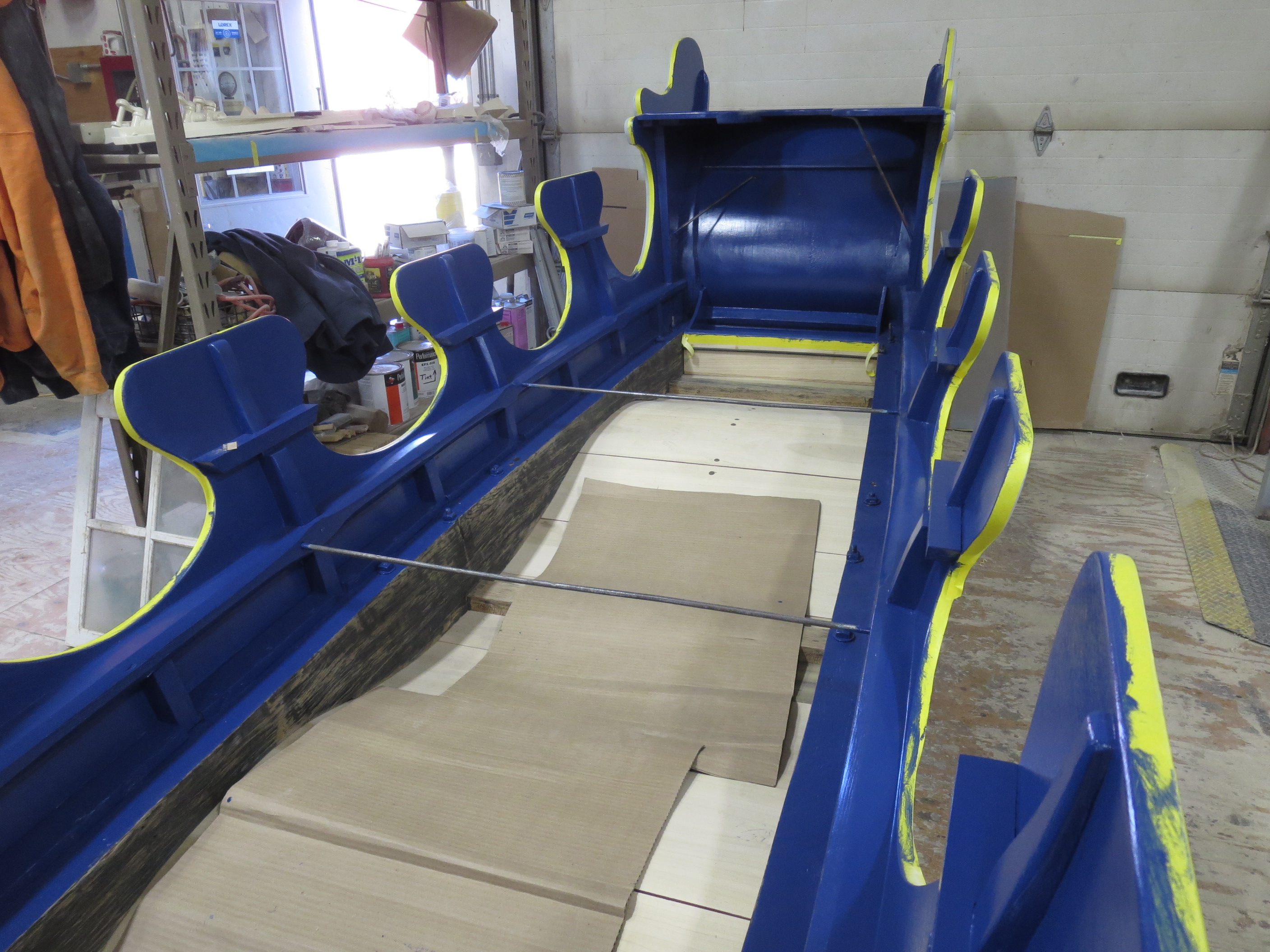 The following named members of the West Point band were in Wisner Sunday, to look at the bandwagon left here by the Perry & Mathews show company which they bought. 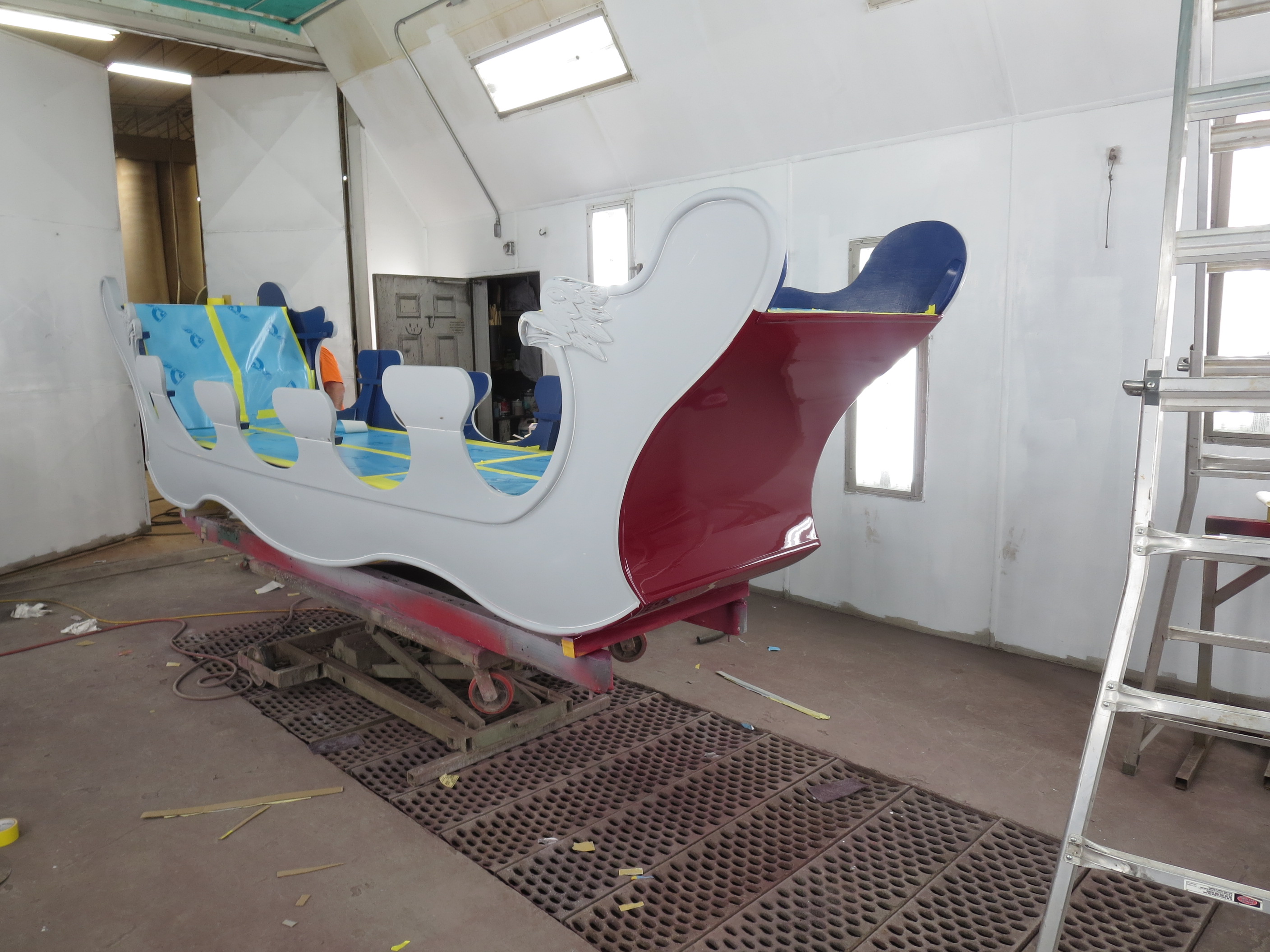 Taken from Minutes from the Cuming County Agricultural Society: March 2, 1964

Mr. Koudele (John Koudele- County Clerk) reported to the Board that the First National Bank of West Point was interested in using the old bandwagon for promotion in connection with their upcoming Grand Opening if the wagon could be restored and put into good condition. He stated that the folks from the bank would be willing to pay a part of any cost. He mentioned the folds from the Pioneer Village in Minden are also interested in the wagon and would probably restore it. The members of the board indicated that they would be favorable toward letting the bank use the wagon, but that they would prefer to have the wagon restored locally for use locally particularly in view of the Centennial year coming up. Mr. Koudele agreed to make a check on what is needed to be done and to try and locate someone to do the work. He was given the go-ahead by the board. April 13, 1964 The members of the board next discussed the preparation in connection with the old bandwagon. Everyone present expressed the feeling that the bandwagon should be kept here in Cuming County. It was felt that if it is restored that we do it ourselves and keep it under control of the Fair Board. No objection expressed in letting the First National Bank use it for the grand opening if a good job can be done on it in time for that event. Roy Moeller stated that he had discussed the matter with Verne Giese, the Body Shop man, in Wisner and that he seemed interested in doing the work. 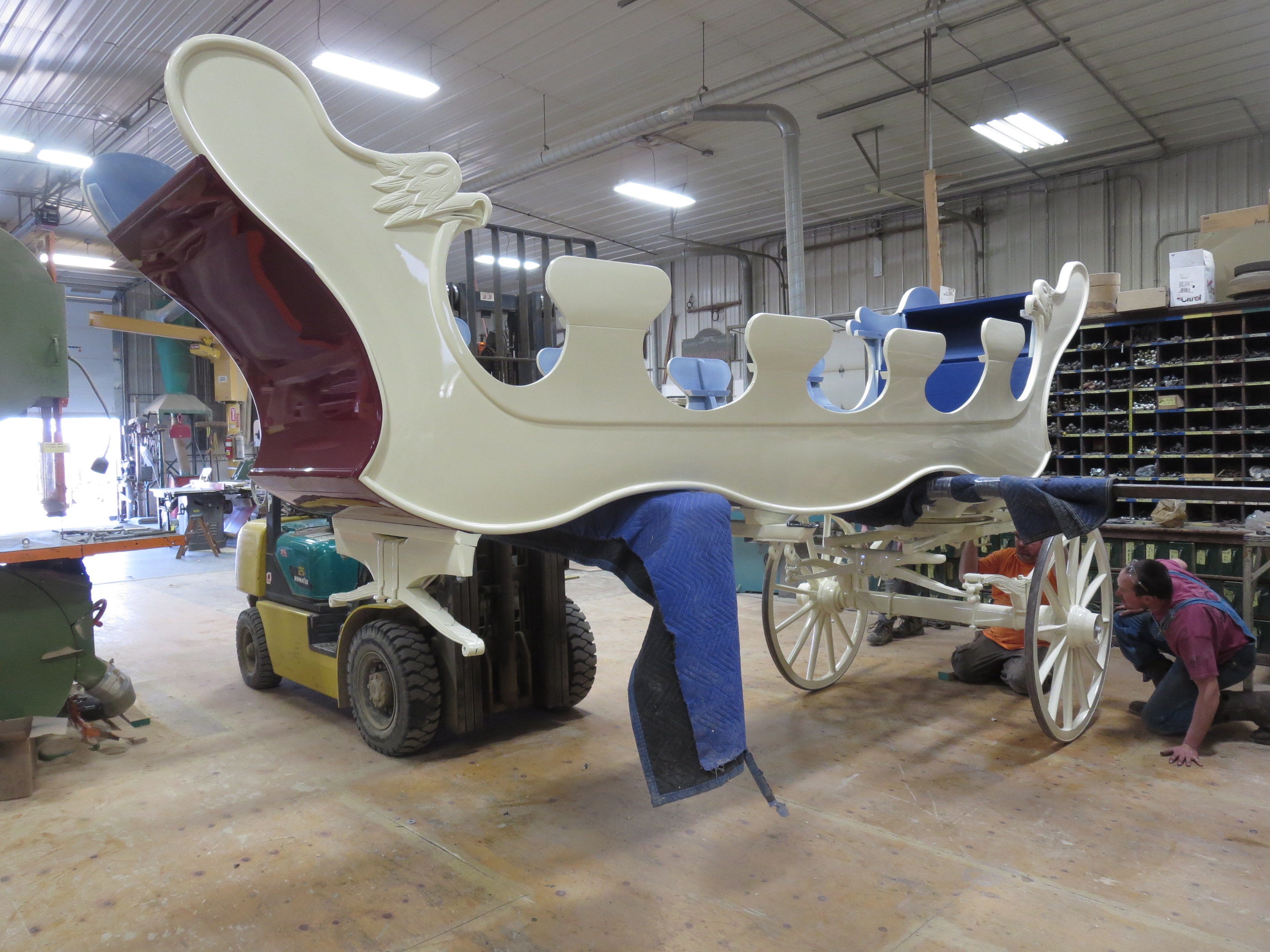 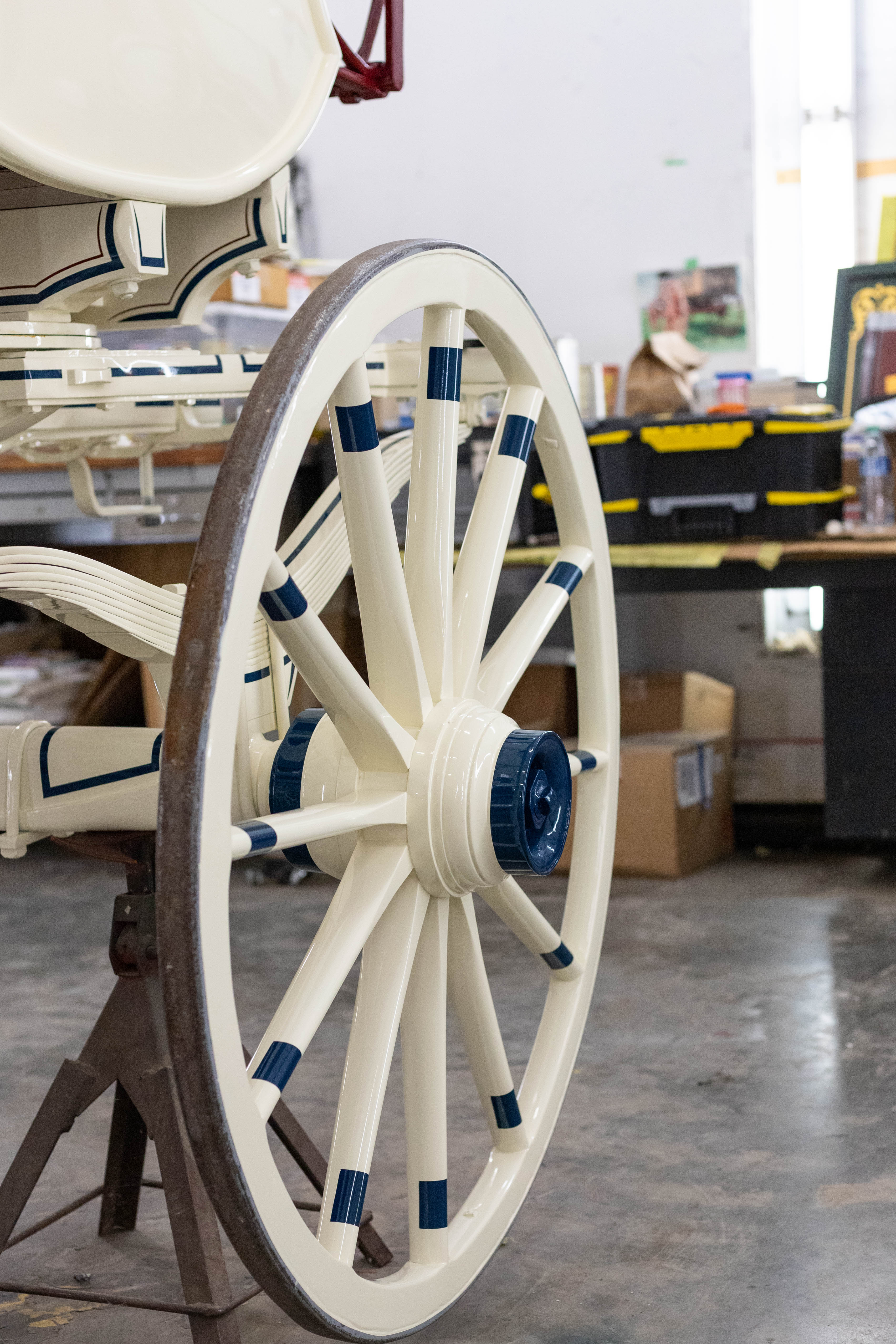 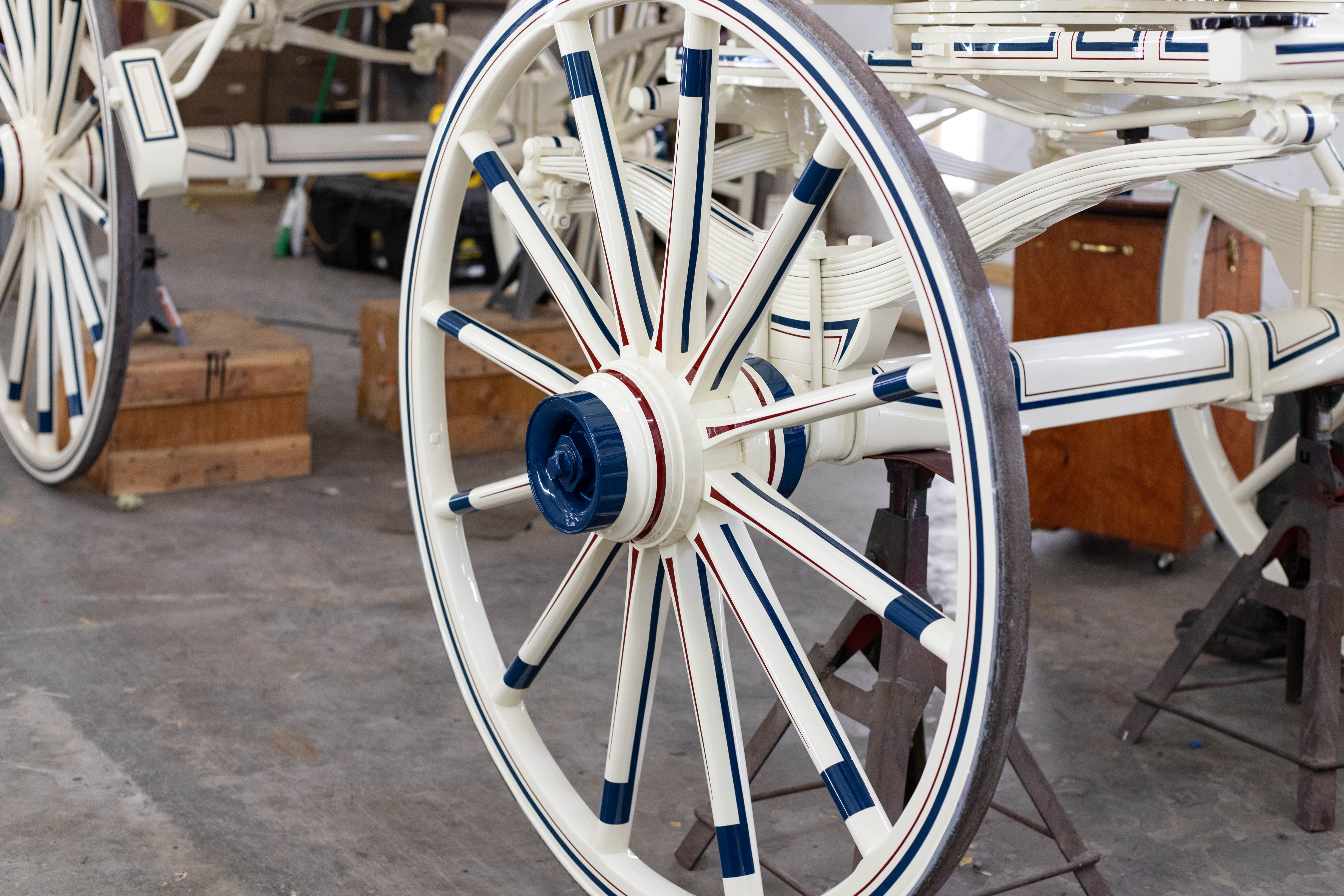 Taken from Minutes from the Cuming County Agricultural Society: March 29, 1965

It was reported that the work on the bandwagon is practically completed and the Secretary was instructed to send Tainter and Koehler a check for th $367.00 bill for painting and repairing or as much as possible at the present time. 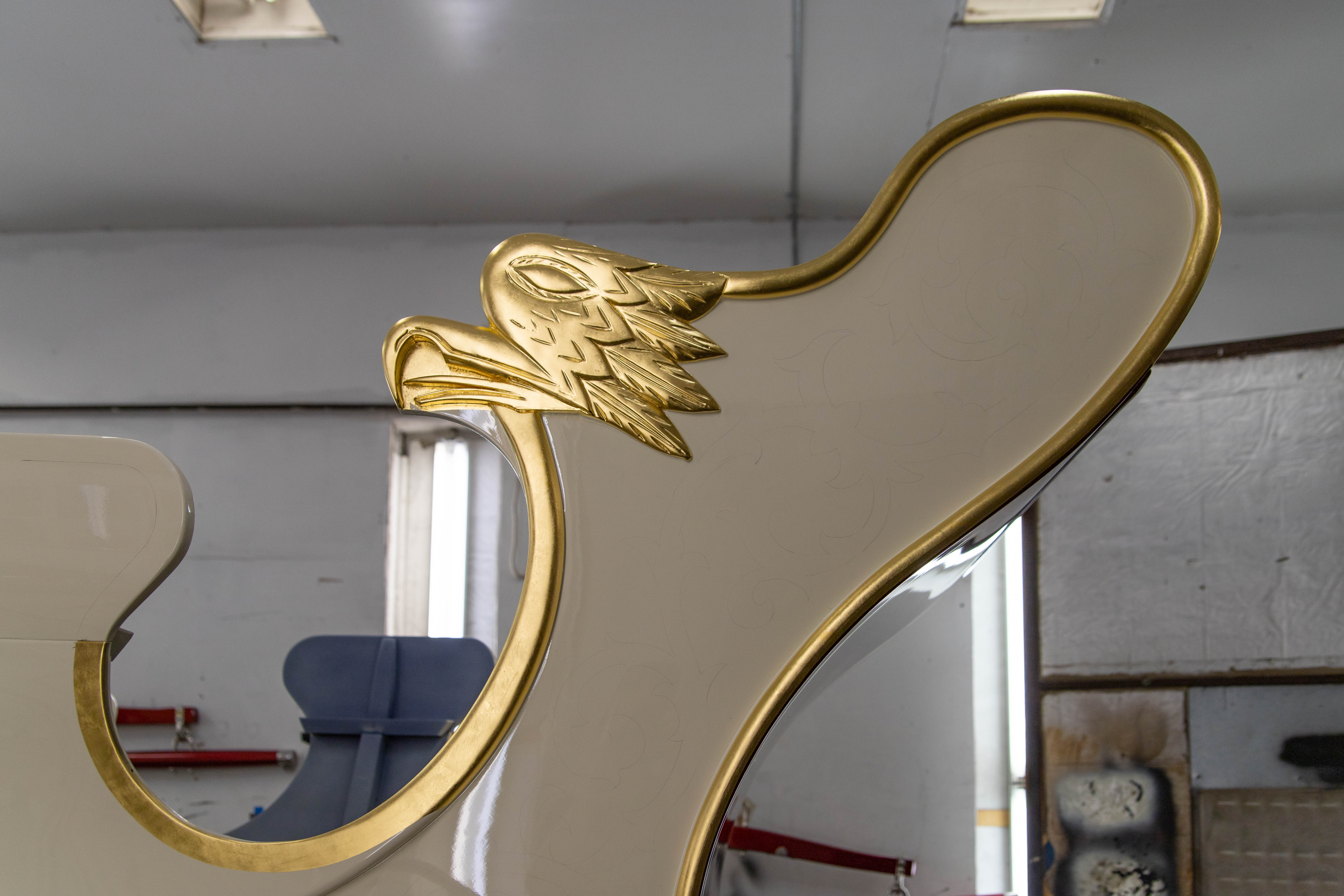 The band wagon was reported finished and has been brought to the grounds and is in the agricultural building.

From the financial records of the Ag. Society:

The Cuming County bandwagon will carry the county fair board members and will be in the parade Sunday, August 29th. 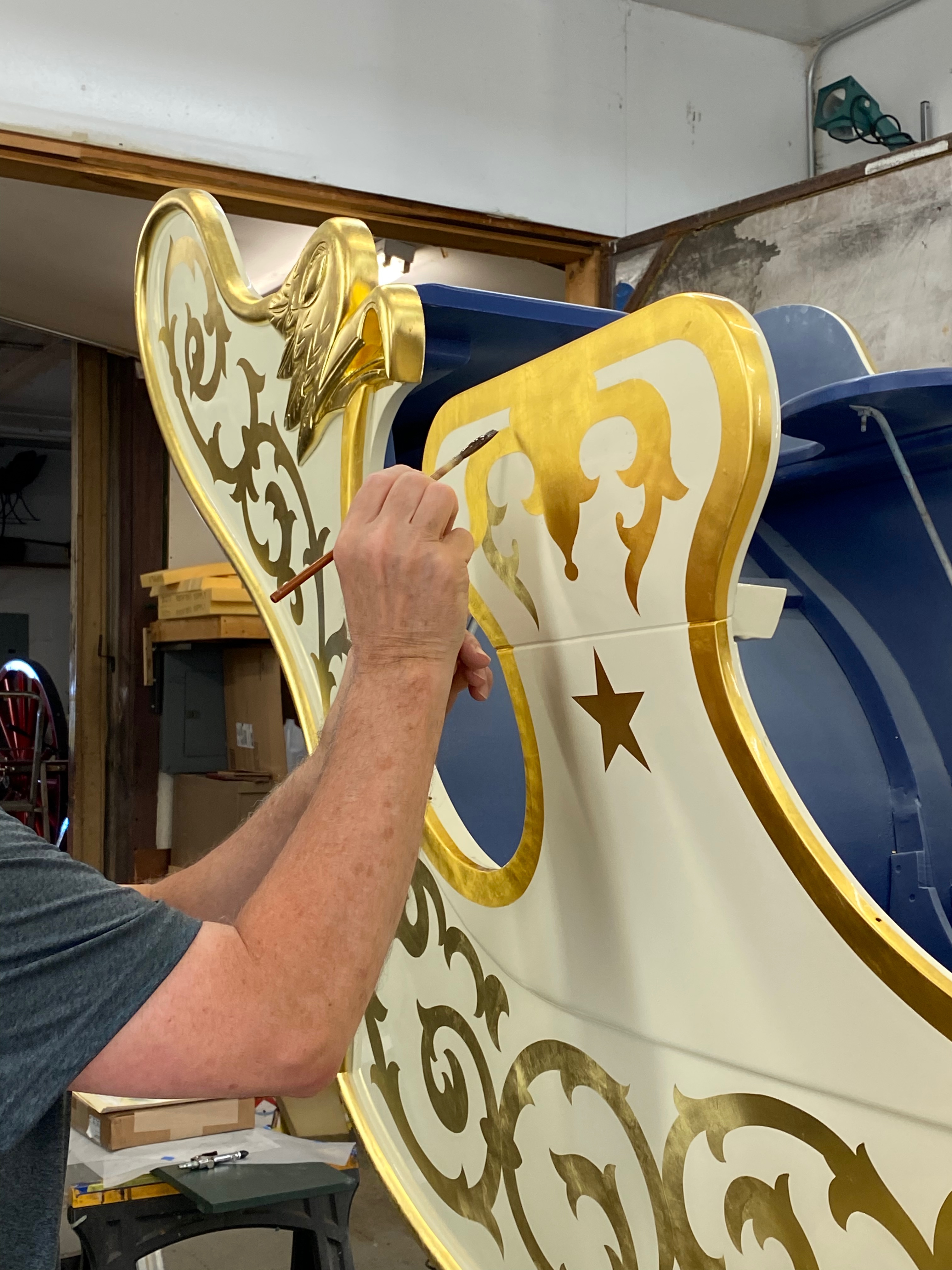 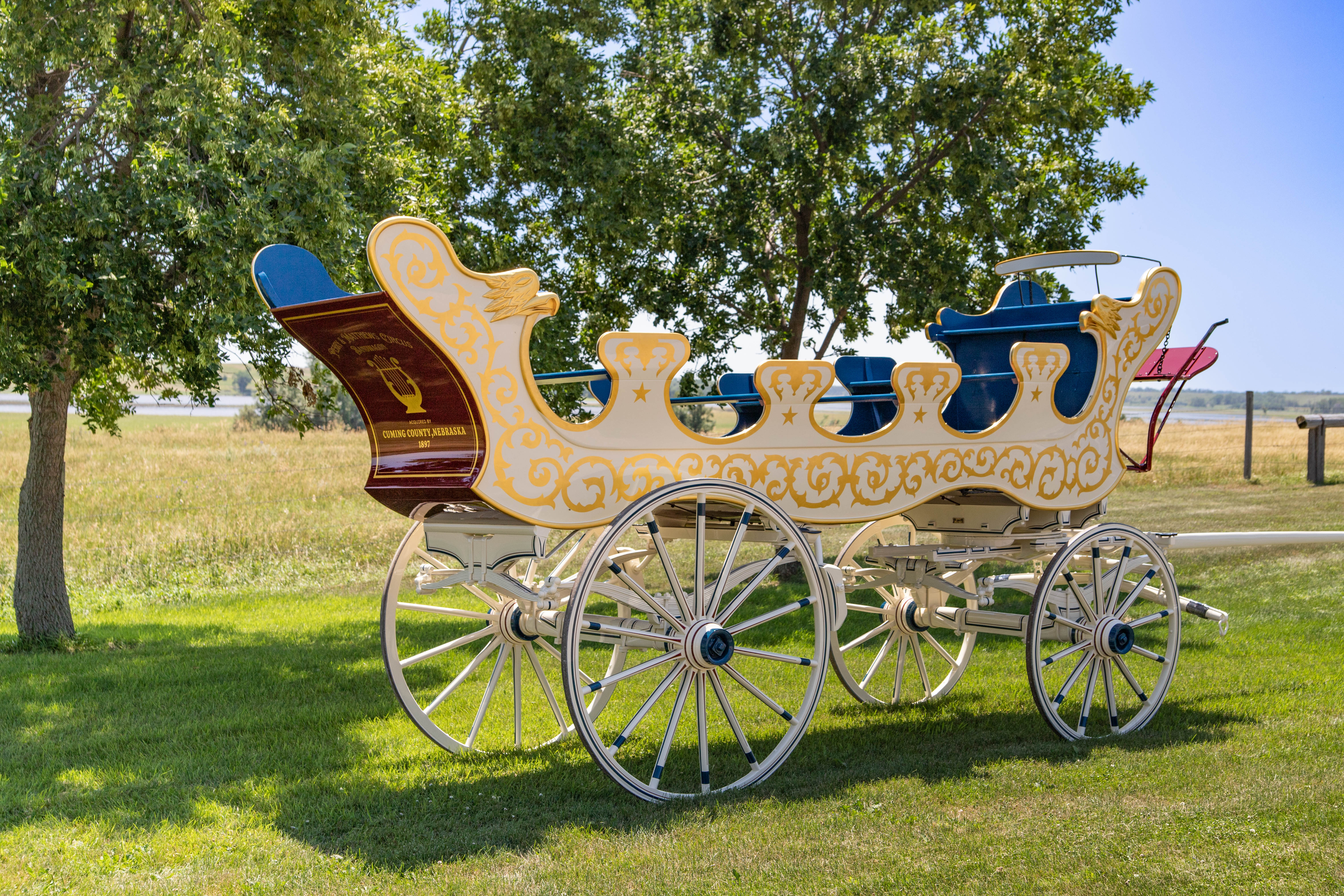 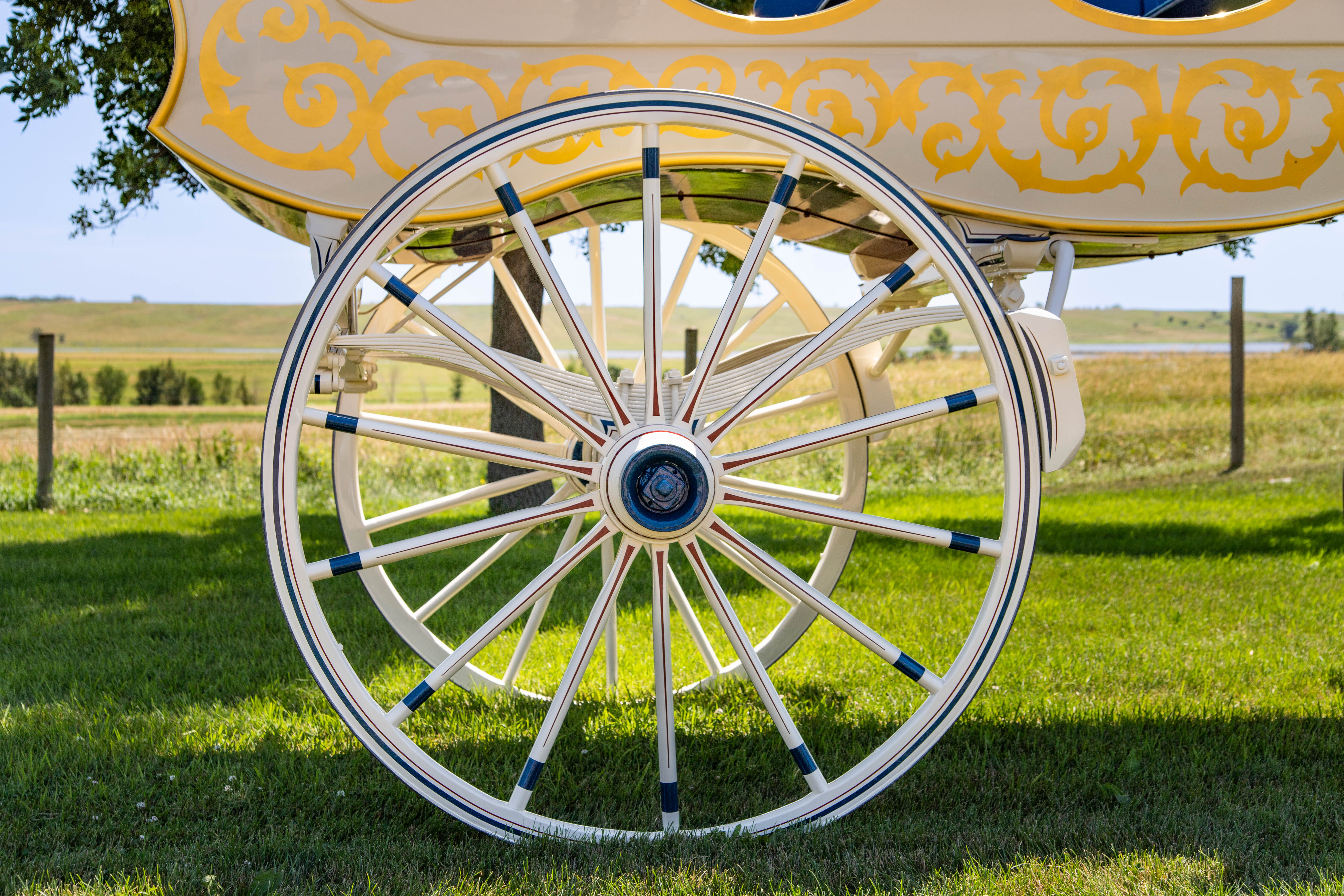 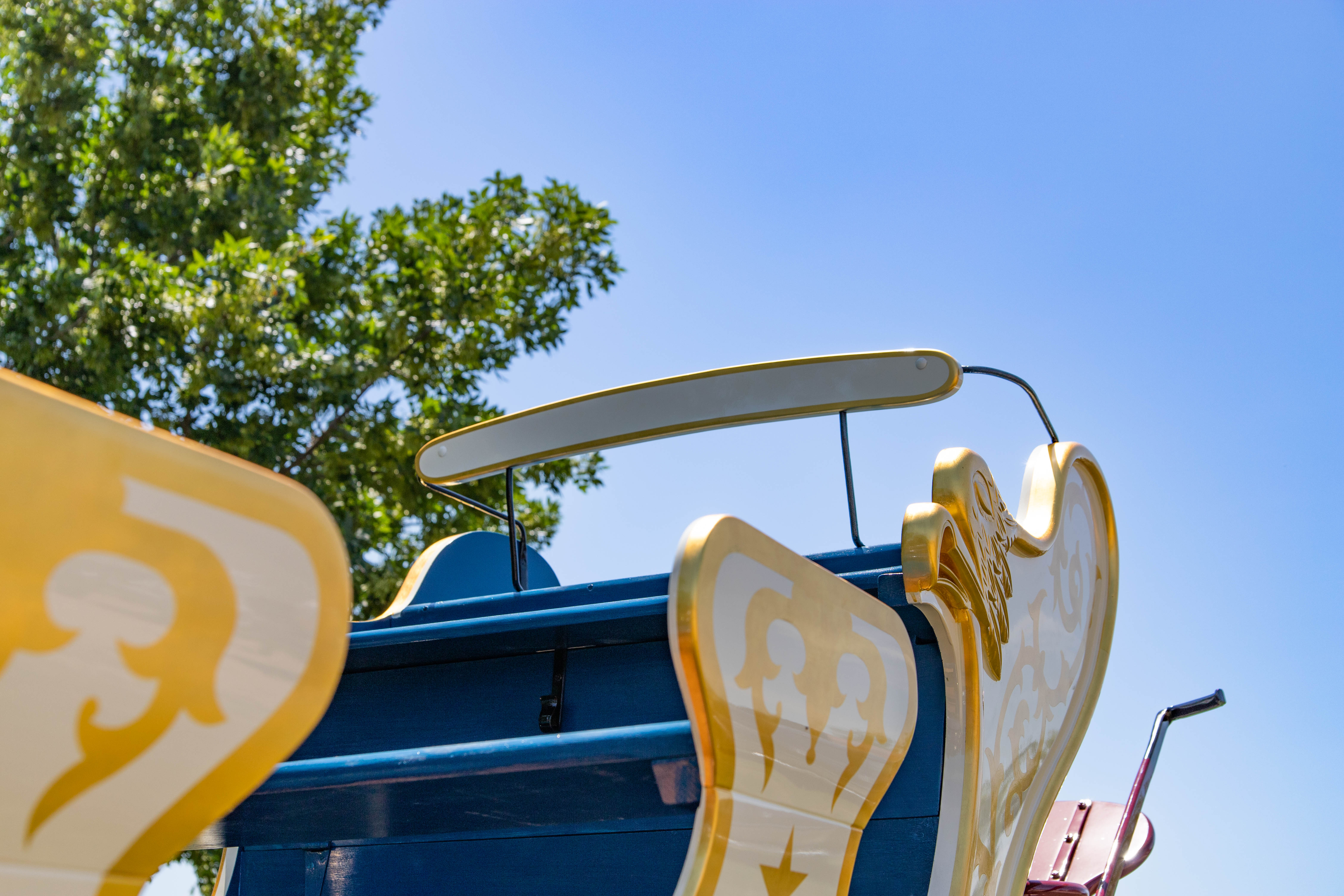 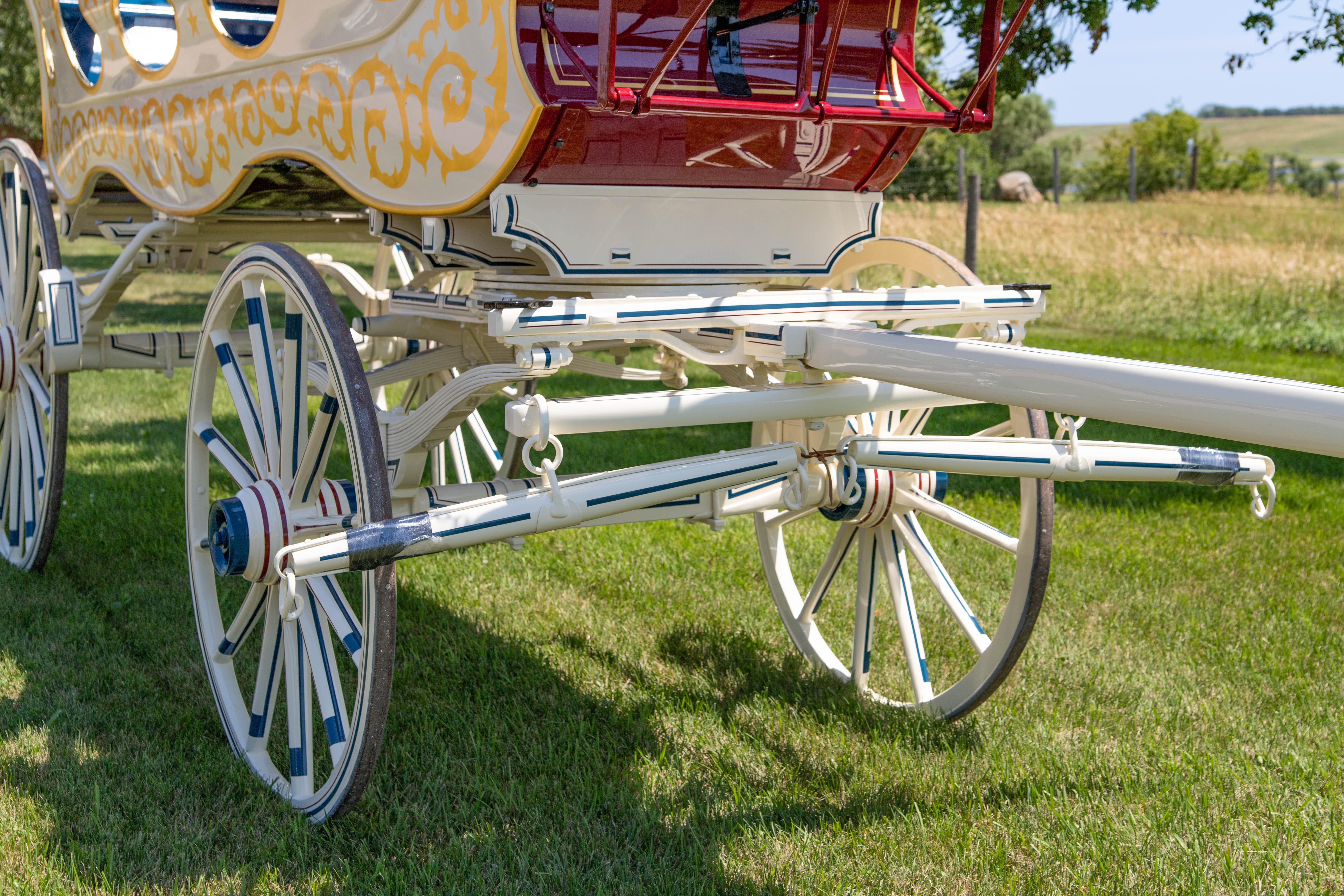 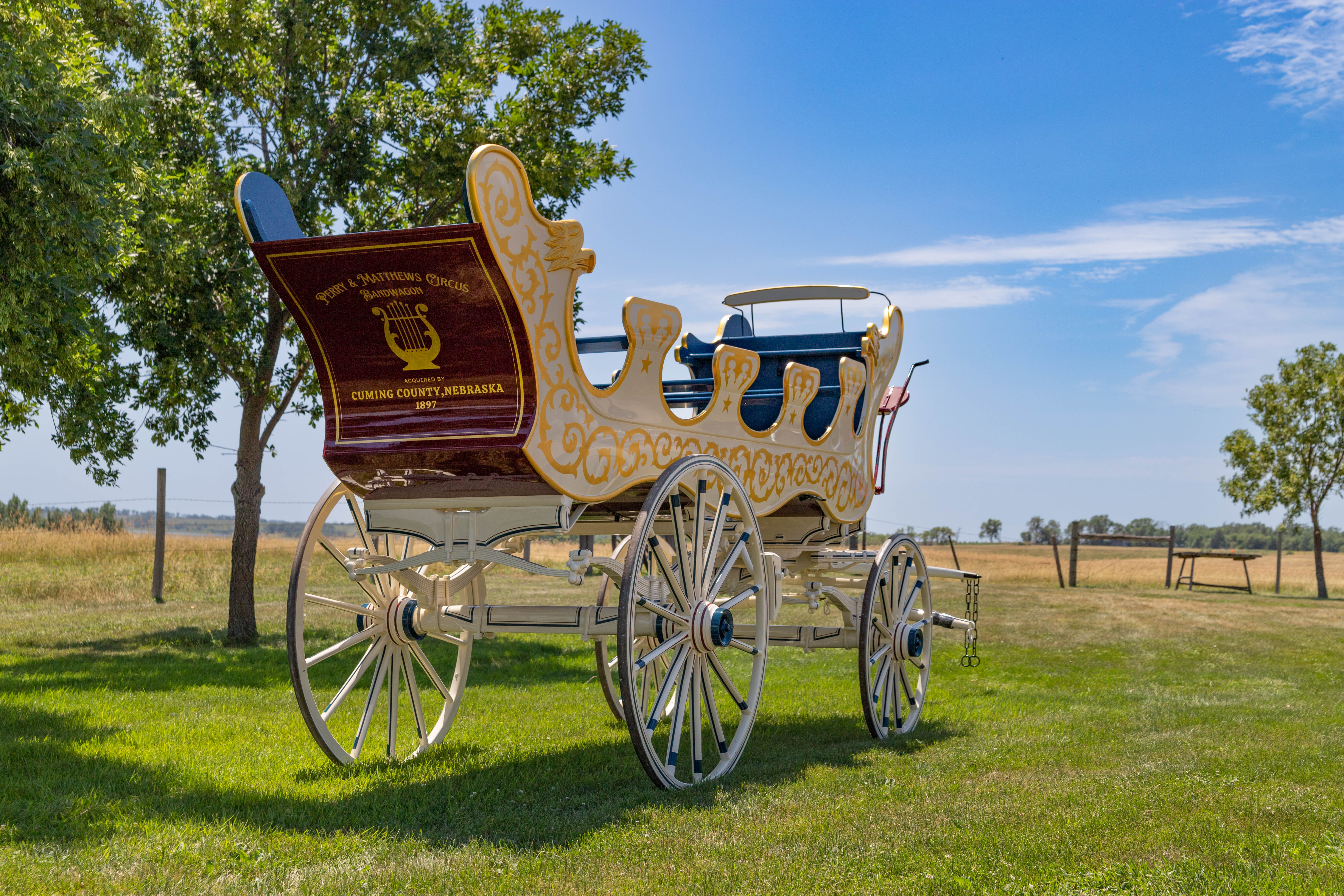 The guys were standing back and admiring all the hard work that was put into making ideas for this bandwagon a reality. They certainly brought it back to life! 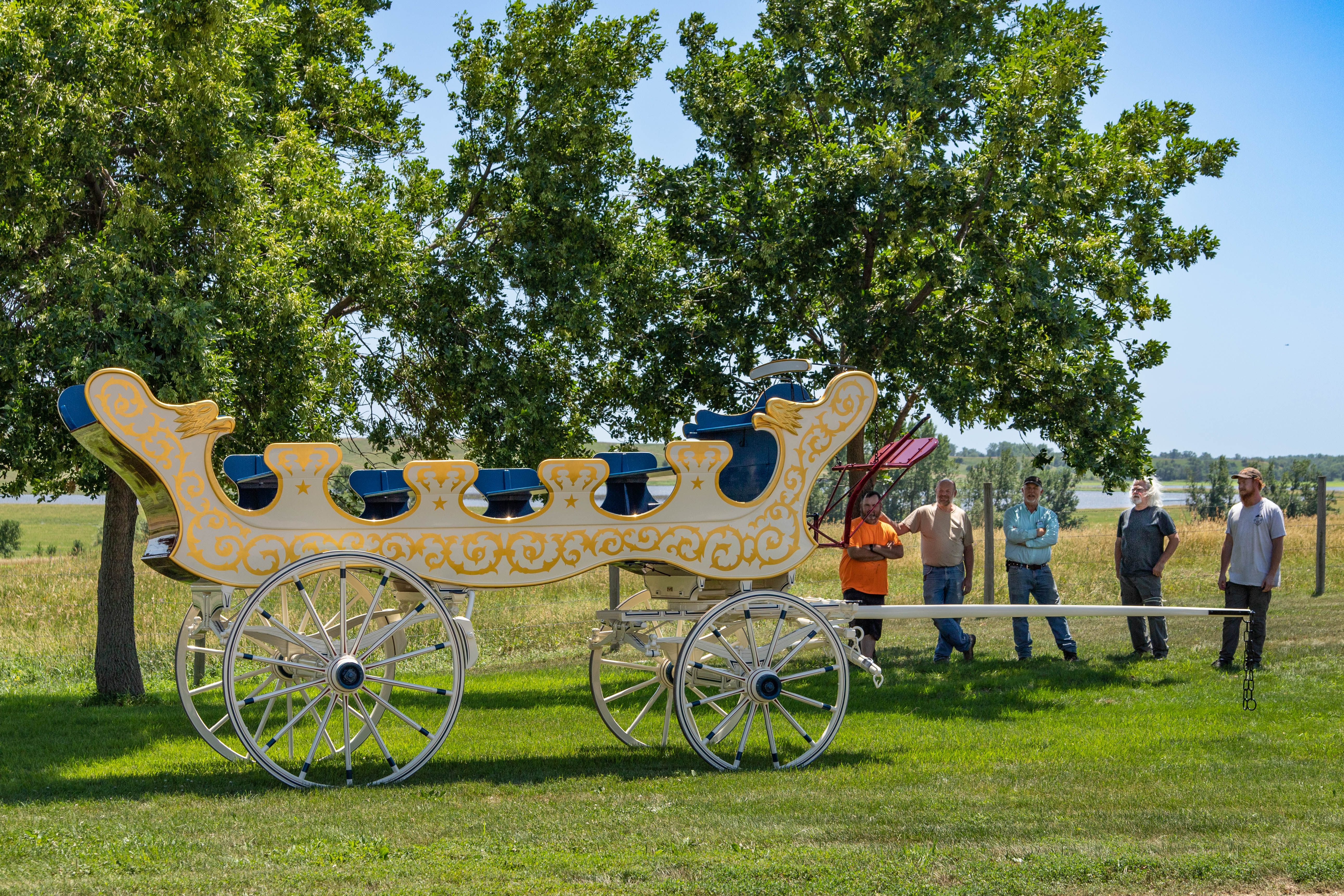 Here are some candid moments from when we revealed the wagon to those that were able to come pick up the wagon!. It's heartwarming to see the reactions when they are able to see the wagon up close and personal completely finished for the very first time. 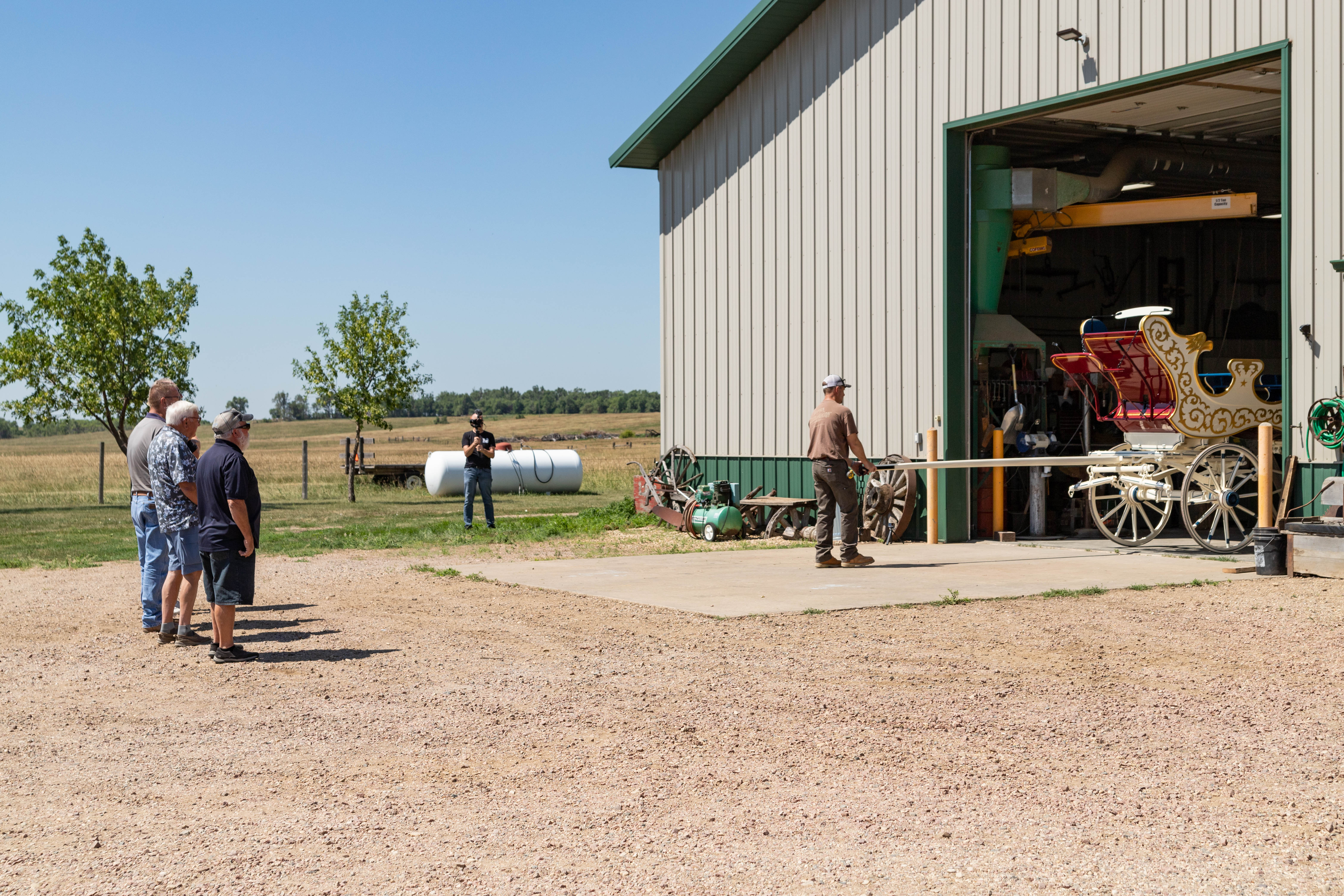 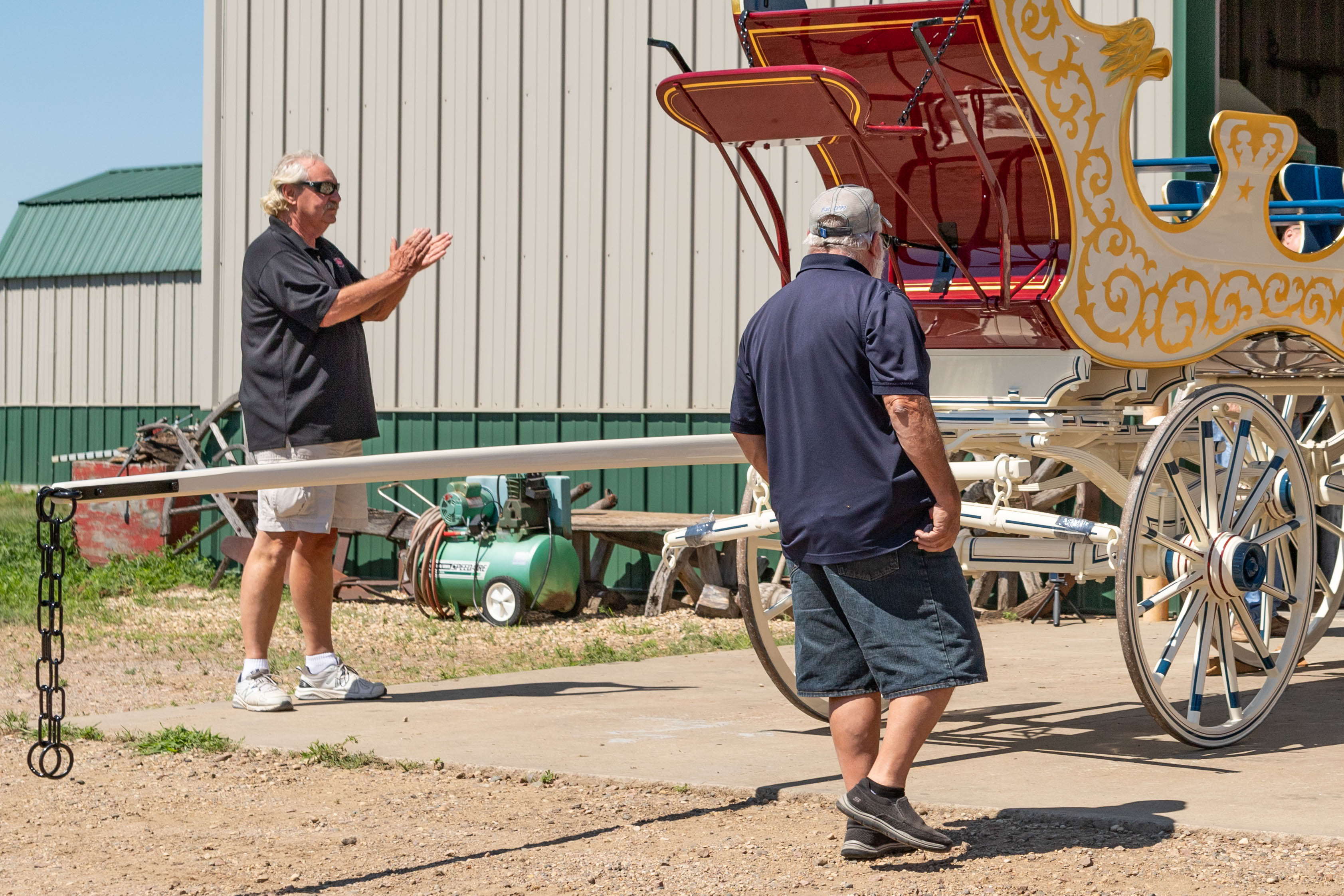 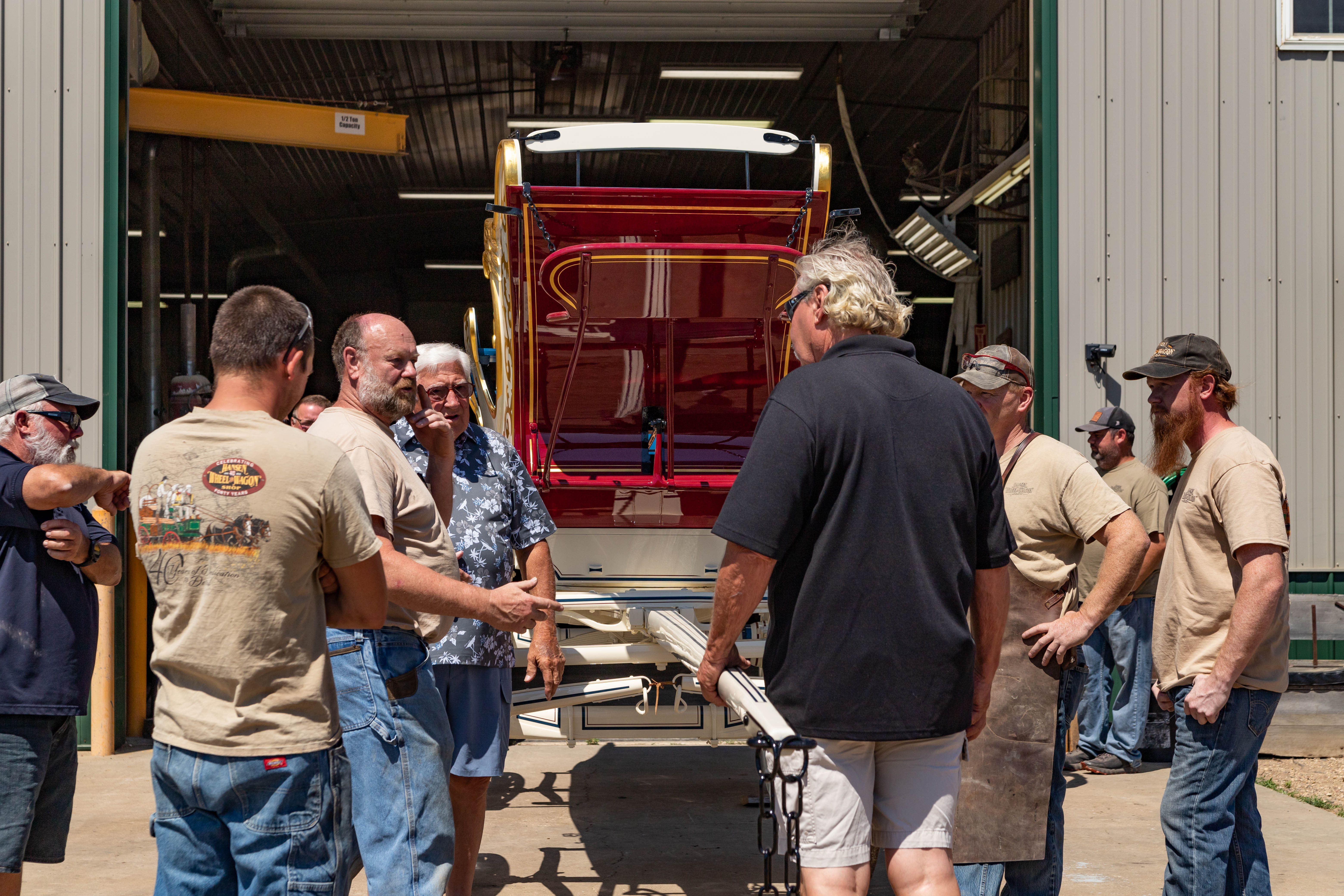 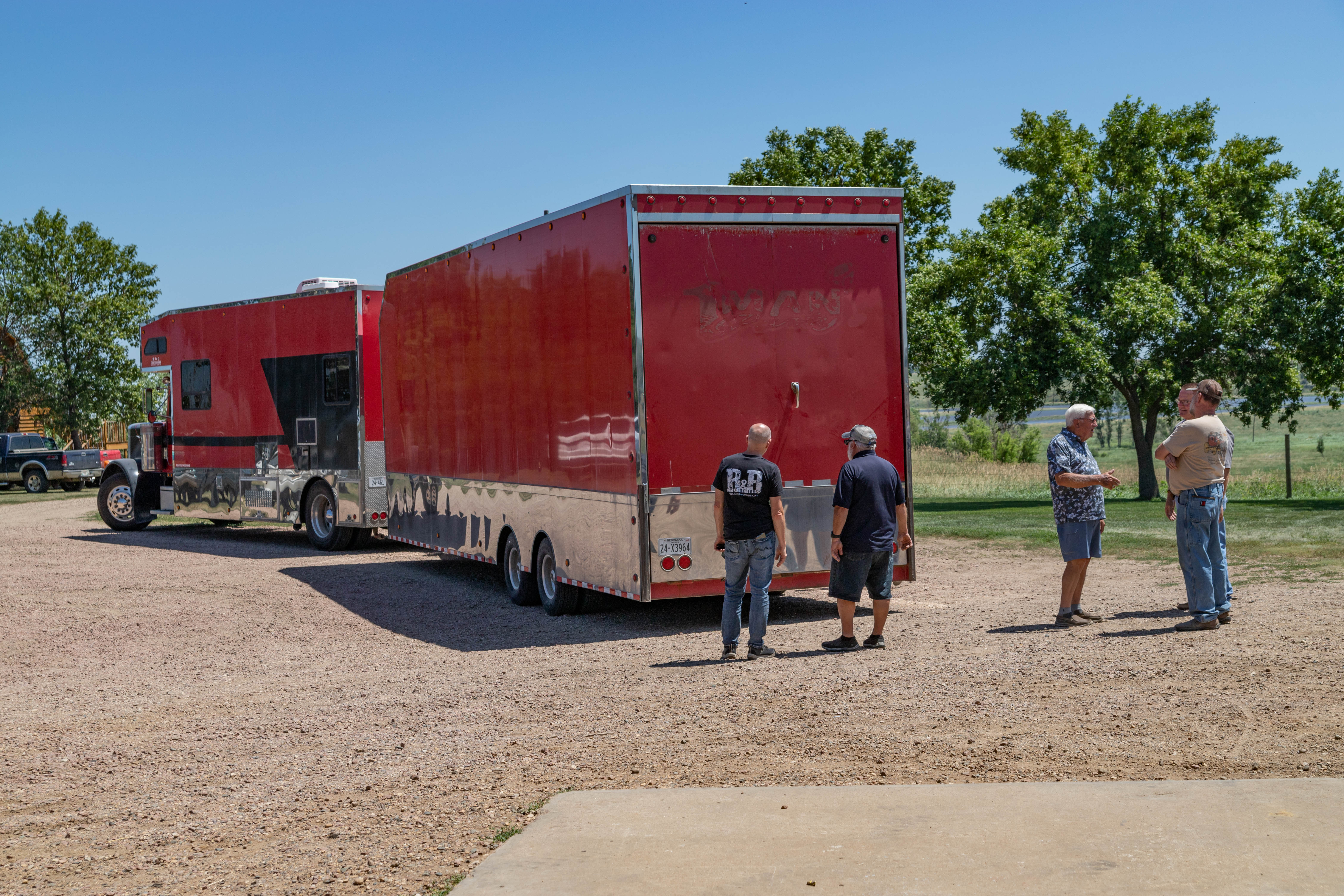 This beautiful bandwagon left Hansen Wheel & Wagon Shop and headed out to the Cuming County Fair for their 100th Anniversary reveal!