These days most of us don't think to much about how we get the products we use and need each day. We just pull up to a gas station and start pumping our gas with very little thought about where the gas came from and what it took to get it to the gas station. 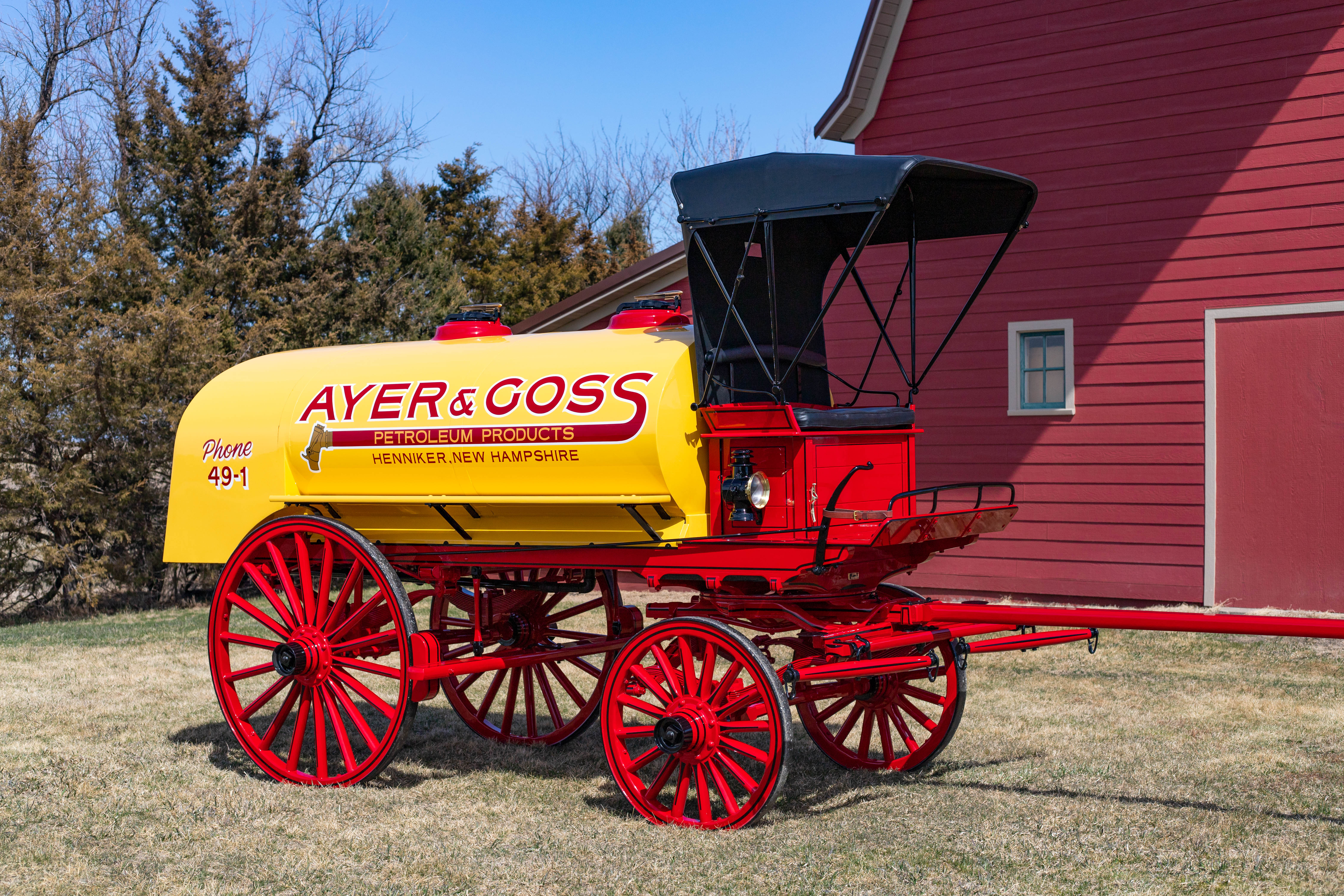 This oil tank wagon delivered petroleum products from the 1890s to the early 1920s. Its two separate compartments held kerosene, oil, or gasoline. People used kerosene for heating and lighting, and oil to lubricate engines on farms and in factories. And, by the 1910s, gasoline powered a fast-growing number of automobiles on the road. 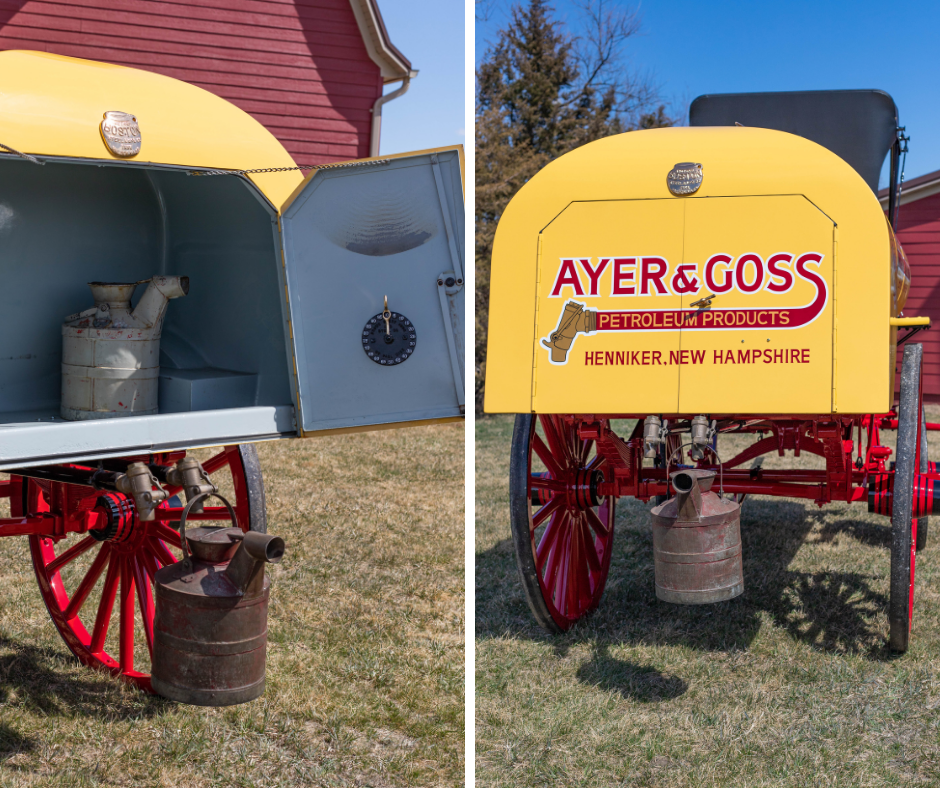 This wagon is equipped with a full 5th wheel for navigating tight corners, the kerosene lamps can also be removed for lighting the dark alley. There is a 5-gallon bucket that was filled at the rear of the wagon, and a manual counter was used to tally the gallons delivered. This Oil Tank was fully restored for exhibit in a private vehicle collection. 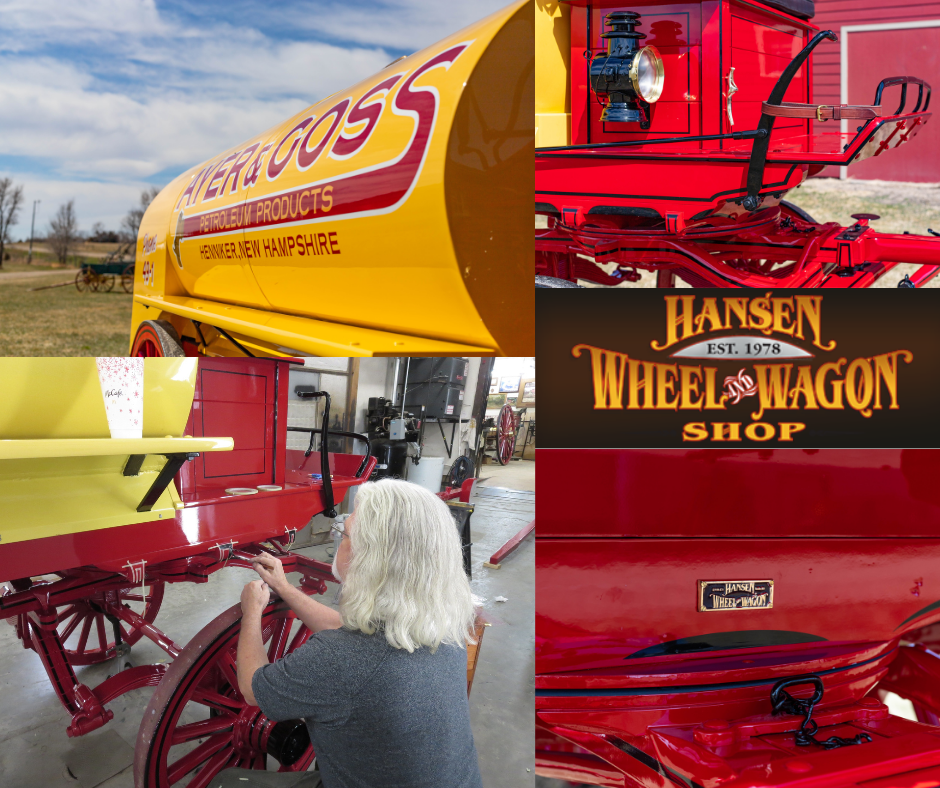 Below we thought we would share an interesting article found here plus more pictures from this Oil Wagons restoration process.

In spite of horses and wagons being present in great number in the oilfields during the early days, the suggestion from  Standard's (New Jersey) management that horse-drawn tank wagons be sued by their outside distributors in order to expand and quicken marketing, met responses that varied form absolute refusal, to different degrees of acceptance and use. The idea was a "hard sell" at first. A few outside jobbers and other middlemen hesitated for reasons of poor roads and probably overall reluctance. 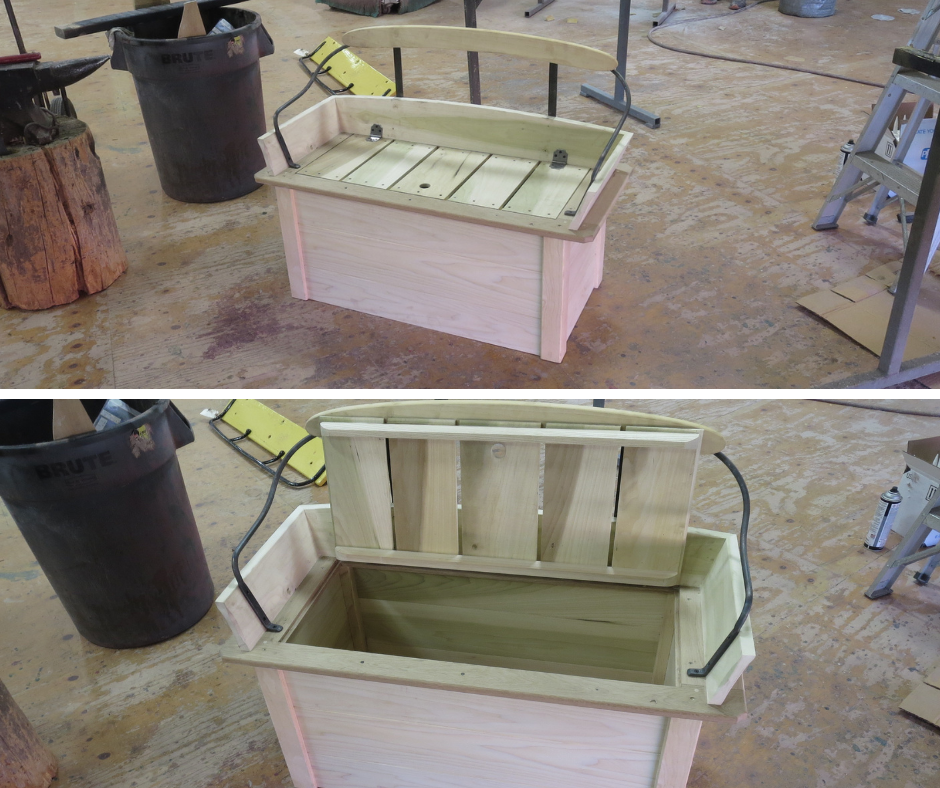 They preferred putting the refined products held in the bulk storage stations into barrels and five galleon milk cans which they would then take to the retailers. The tank wagon (marketing in greater bulk) would obviate this practice and speed up the deliveries except in areas of rough terrain where barrels and other containers could better withstand the trip. Once this "packaging" attitude was overcome in the mid to late 1880's, tank wagons bearing oil company logos and trademarks became a familiar sight. 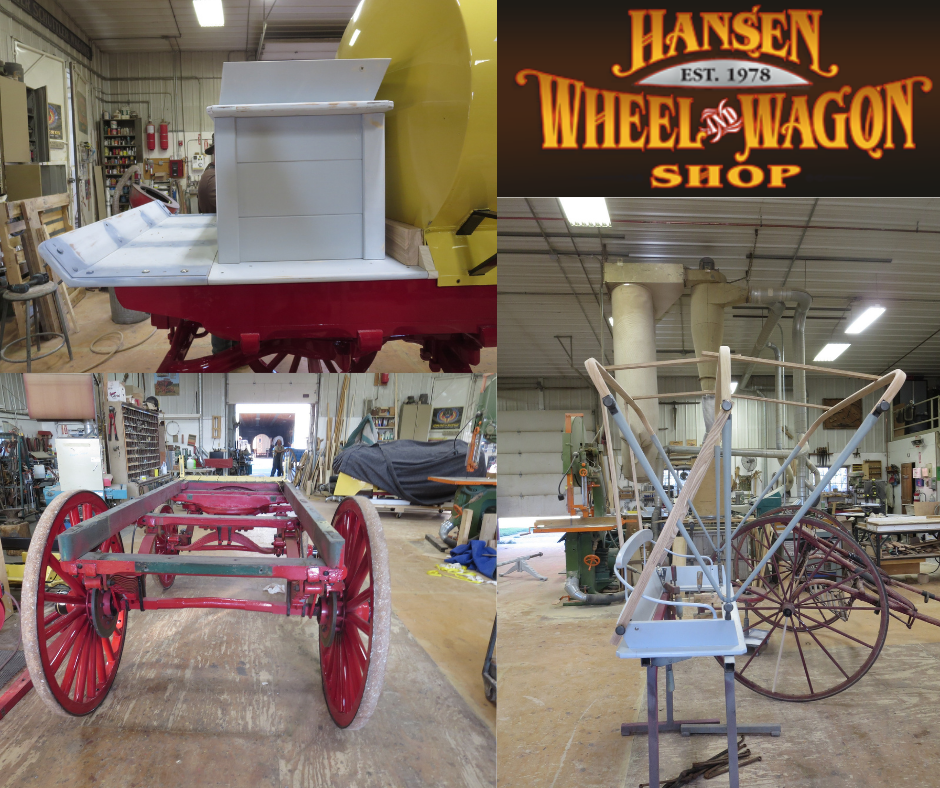 Major companies such as Standard and its affiliates had large departments overseeing the bulk marketing of products by tank wagons. This method of transportation had become so important that managers were planning competition strategies as if they were playing war games. A new factor had entered the planners charts in the 1800's; "the daily traveling capacity of a horse" as put by Hidy and Hidy in their 1955work on the history of Standard Oil (New Jersey). 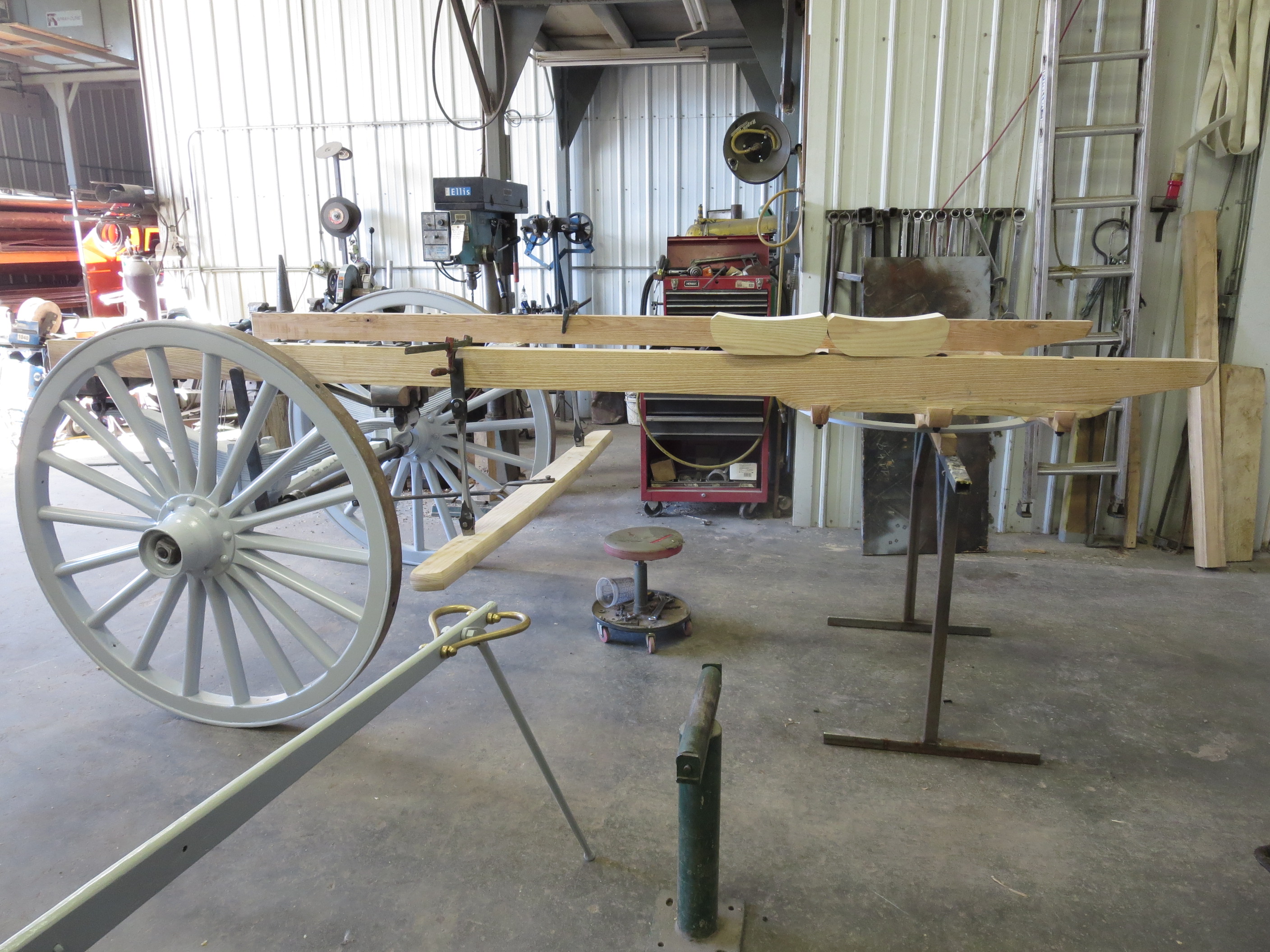 Th usual daily sales and delivery radius from the station was more or less 12 to 15 miles, but distances such as 20 miles or more were sometimes undertaken (White, 1962). Overnights or team relays would allow somewhat greater distances.

While sales and delivery maneuvering by tank wagons was going on, work by inventors on internal combustion engines was under way at the turn of the century and soon would put a new type of personal and commercial vehicle on the roads, eventually replacing the horse-drawn tank wagons. 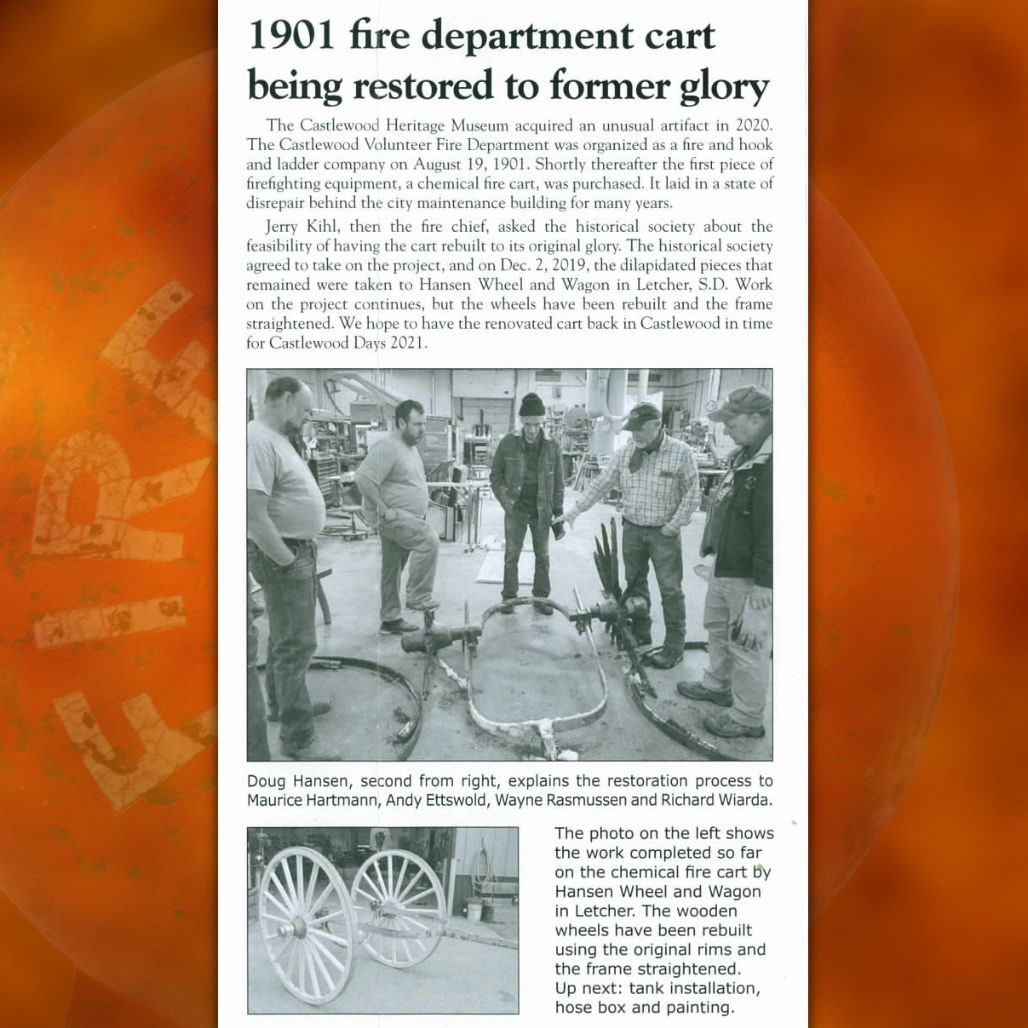 he main span of the tank wagons only lasted about 30 years or a little more except for a few diehards. An extreme example of the long period of service was horse-drawn tank wagon used by the Atlantic Refining Company in Philadelphia until 1936 (Wood, 1997) 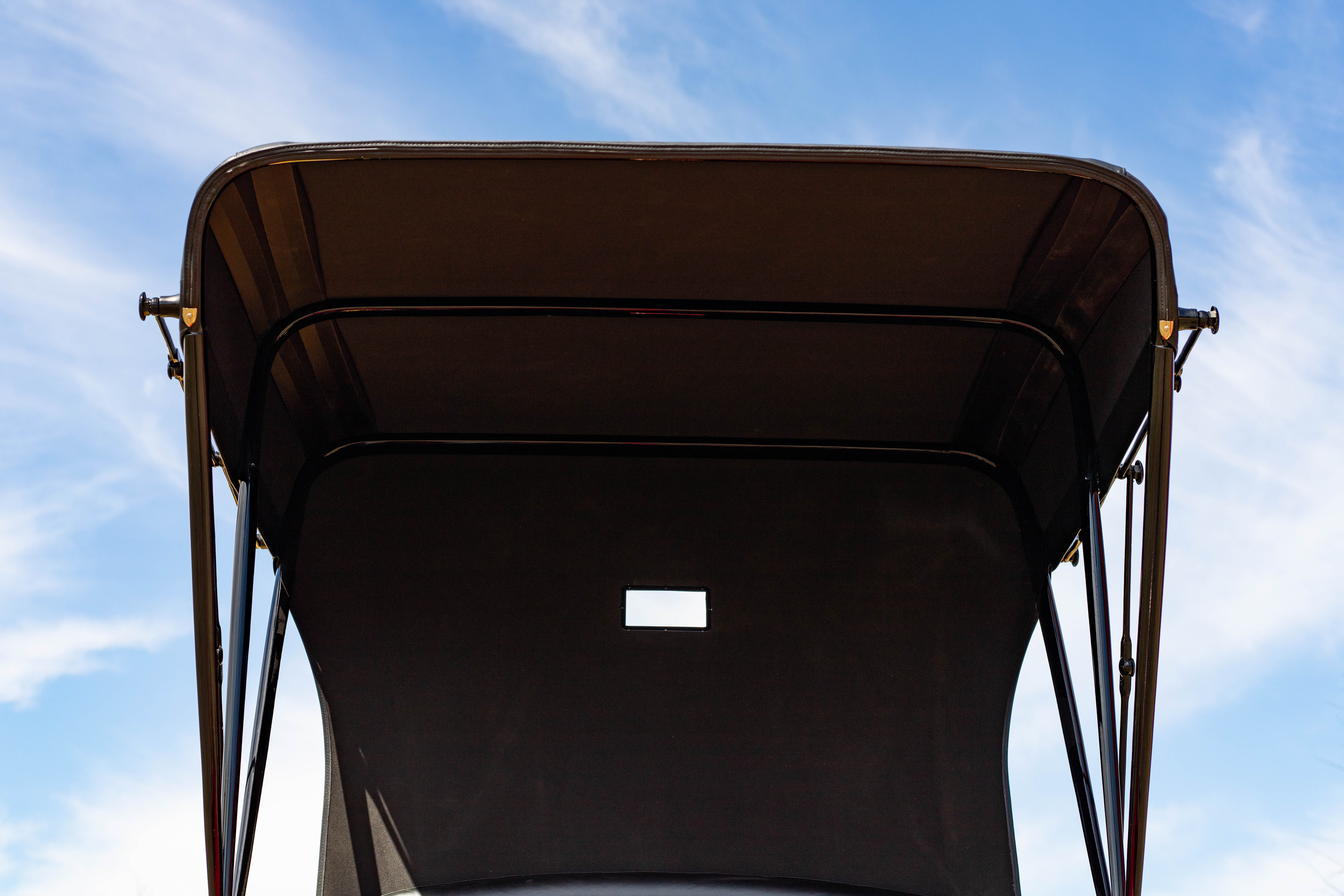 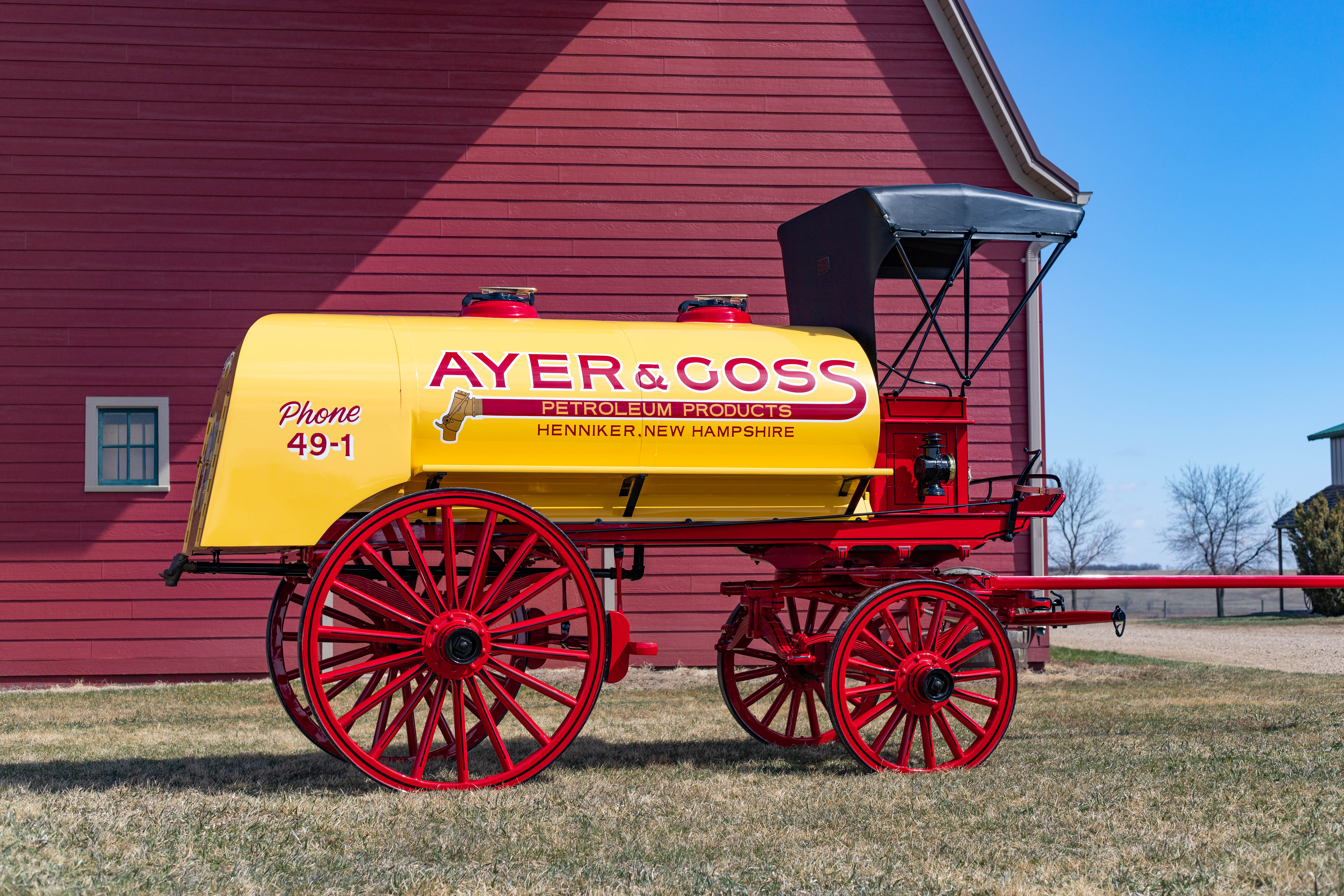